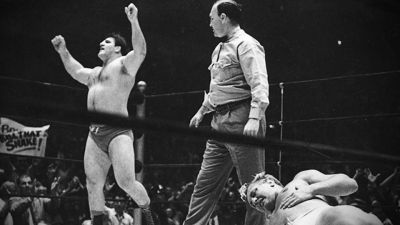 Italian-born wrestler Bruno Sammartino passed away on April 8 at the age of 82. Known for his title as a Heavyweight Champion during his lengthy career in wrestling, Bruno lived a life full of many successes. Even though Bruno sustained several injuries such as a broken neck and fractured knee due to the sport, he took great pride in the challenge and wrestled for nearly 30 years.

Sammartino was born on October 6, 1935 in Pizzoferrato, Abruzzo, Italy as the youngest of seven children. His family fled their home during WWII and came to America after the war’s end. Bruno grew up in Pittsburgh learning how to wrestle in high school. He continued his work at the University of Pittsburgh while also competing in amateur wrestling matches.

In 1959, he married Carol Teyssier and the couple had three children. His son, David, went on to be a professional wrestler and trainer as well, debuting in 1980. David also wrestled with some of his father’s previous opponents.

Sammartino was known for his work as a wrestler in the World Wide Wrestling Federation. He reigned as a Heavyweight Champion from 1963 to 1971 and from 1973 to 1977. He was mainly active in his career during the 1960s and 1970s travelling to matches across the U.S. and all over the world, including Australia, Japan and Spain. He retired in 1981.

In 2013, Bruno Sammartino was inducted into the WWE Hall of Fame after denying the induction many times in the past. Other awards and honors include his title of Wrestler of the Year in 1974, the Stanley Weston Award in 1981 and the fact that several of his matches have been dubbed the Match of the Year. He is considered one of the greatest pro-wrestlers of all time and his 11-year reign as the Heavyweight Champion proves it. For years to come, Bruno will truly be “The Living Legend” who changed the face of wrestling with his dedication to the sport.