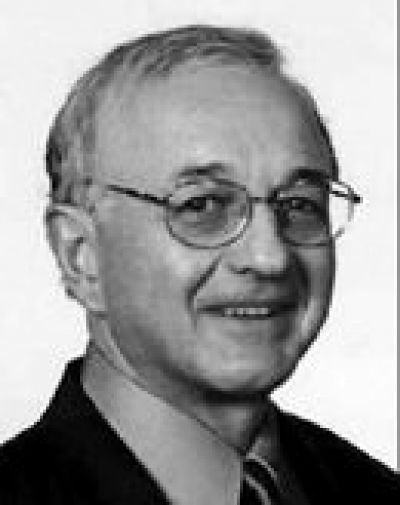 On September 3, 2018, the Italian American community lost one of its proudest, kindest and most intellectual members, Anthony “Tony” DiMare. Tony is survived by the love of his life, Ruth Razem DiMare, his beloved son John, grandchildren Hannah, Aaron, Brandon, Max, and Miranda (deceased), and many cousins and close friends. He was born in Conneaut, OH to John and Clara (Gustaferro) DiMare, both deceased. His father hailed from Potenza in the Basilicata region and his mother from Terzigno near Naples; he still has relatives in each.

In 1964, he married his high school sweetheart, Ruth. Tony graduated from Conneaut High School and The Ohio State University before serving with the Ohio National Guard for six years as a member of the 107th Armored Calvary. His professional banking career began in 1963 in the Bank Examination Department for the Federal Reserve Bank of Cleveland.

In 1969, he joined Capital National Bank which was purchased by BancOhio and later purchased by National City Bank in 1984. He retired from National City in 2007 as a Senior Vice President of Commercial Lending. In 2008, he received a call while on a golf course in Florida from a Cleveland Public company looking for aid in a special project and AJ DiMare & Associates was born. Tony then consulted for both private and public companies. His last employer was First Niagara Bank where he consulted with their Cleveland office and served as a Senior Relationship Manager until July 2016.

Although long-time residents of Westlake and North Ridgeville, OH, Tony and Ruth were also residents of The Villages, FL. Tony could often be found on a golf course with buddies or with Ruth (both claiming they were the better golfer of the pair, but Tony always secretly conceding that Ruth had the better swing). He enjoyed bocce, walking, reading, and tennis. He was also an avid gardener. According to friends, Tony knew exactly how to plant and care for the proper Italian garden – and he made sure you did it correctly: no fencing, just wooden stakes and only Italian eggplant. He made his own wine dubbed “Tony DiMare’s Italian Amarone” which was “made passionately for your table” from grapes and juice from Italy.

His love for his Italian culture led him to membership with the Northern Ohio Italian American Foundation and Benvenuto Americans of Italian Heritage in The Villages, FL, both of which he joined at inception and was proud of their activity in charitable endeavors. His wonderful marriage to Ruth enabled him to enjoy great cooking, be “Pa” to his grandchildren, travel (especially to Italy) and create everlasting relationships with peers, co-workers, clients, and mentees. Tony was the kind of person that made everyone feel like the most important and interesting person in the room. His friend began his eulogy by introducing himself as Tony’s best friend. After a short pause he stated, “I bet many of the people in this room feel the exact same way.” Tony exuded wonderful qualities that are likely unmatched by most. A gentleman once said of his long-time mentor, “Tony was a special guy.

He was always the most prepared and most knowledgeable person in the room; he knew what he wanted to do and he controlled the entire show until he got what he wanted. And he did it with respect, knowledge and matter-of-factness. We once were preparing to walk in to a meeting with a large, well-known client and the arm of his suit coat slipped up. I noticed he was wearing a Mickey Mouse watch and wondered how could this guy – buttoned up, professional, control freak – be wearing such a silly watch. When I asked him he replied, ‘It reminds me to stay young.’ The next year, on my birthday, Tony bought me that same watch.”