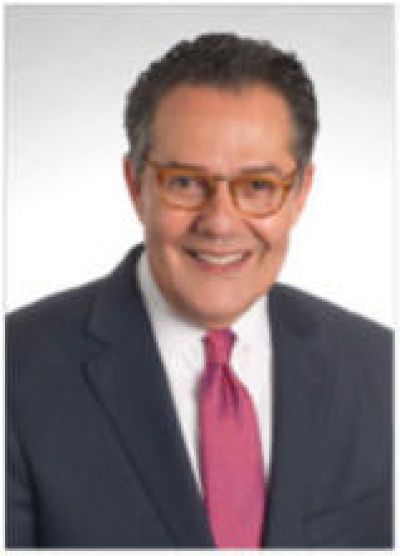 I had the opportunity to speak with Augie Napoli, Chief Executive Officer of United Way of Greater Cleveland, about his Italian American heritage, his family’s history and the traditions that have impacted who he is today.

Although Augie was able to only meet one of his grandparents, he has a strong understanding of his family’s history and how they came to America.

His family was from Cosenza, in the province of Calibria, Italy. His grandfather was a farmer and a shepherd who came to the U.S. at the turn of the century and married his grandmother in an Italian enclave in Sharpsburgh, PA. Augie recalls that his grandfather was very well-known in Sharpsburgh and both families worked very hard to make it in their new home. Not only did they make it, they built it. In fact, today, it seems as if the town is still the same as it was when they left. His grandfather, who was a contractor and developer, was the person that created many things in this town for the immigrants that came over from Italy. Augie treasures the impact his family had on Sharpsburgh and the community his family helped build and he has had the opportunity to visit and experience first-hand the journey his grandparents made to create a better life in the U.S. The challenges and opportunities of their journey are reflected in several letters his grandparents wrote to each other which Augie has translated and framed.

A very strong work ethic, a hallmark of his grandparents, impacted his family for generations and still does today. He grew up working in his father’s and uncle’s soft drink bottling and distribution businesses. They created these businesses after WWII with sugar rations that were available after the war. “They didn’t know anything about anything. It was absolutely trial and error. They had nothing to lose and everything to gain because they had a very strong work ethic.” His parent’s honeymoon consisted of the couple visiting several cities to bid on a potential business agreement with Pepsi Cola and 7 Up. 7 Up won the bid and the business grew from there. Auggie worked the summertime and on weekends. If he wanted to see his father, he worked, not because he had to, but “because it was what you did.” Augie recalls putting in the tough elbow grease of sorting bottles, sweeping the garage and calling on clubs around town during this time and proudly speaks on these duties as a badge of honor. “No one, I mean no one, can sweep a garage like I can!” Augie was very close to his parents not only as a child but as a caregiver as well. He strongly values the time he spent with his parents and brother growing up. Augie was also strongly influenced by his mother who taught him to cook and clean. She believed these were important skills to bring to a marriage and she saw great value in sharing these duties. His parents instilled in him a passion to serve and care for others. Augie has brought that passion and experience to his professional life today working in non-profit management. He believes that a “win-win” mentality is very important in business as well as maintaining and taking the time to develop relationships. Values such as nurturing these relationships in authentic terms as well as honesty and integrity have served him well throughout his professional career at United Way of Greater Cleveland. “We don’t spend enough time talking about what we do and why we do it. And in telling that story, I believe is what will call people to take greater action.” Making the best and strongest case for the people that you represent for the organization is very important in building community, he says.

Speaking of building community, Augie would like to someday open a neighborhood store. A store is a perfect metaphor for creating community by bringing people together, something he was inspired by when he visited Italy. He remembers the same people in the villages of Italy would gather around in several of the same cafes or stores each day. “It is a beautiful thing to see.” Opening a store would be very fitting for Augie. It would be another opportunity to serve others, build relationships and continue to further the Italian values he grew up with and continues to hold true today.

Tweet
More in this category: « The Sauce Man Carlo Cassola and Italian Literature of the 20th Century »