Italy's Music Charts: Then and Now 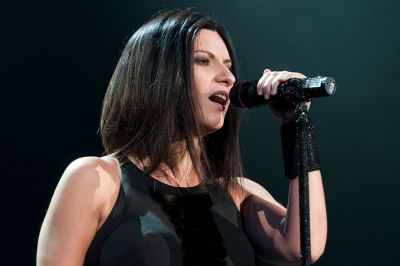 Toto Cotugno, Luciano Pavarotti and Patty Pravo have all reached over 100 million records sold with Adriano Celentano and Mino topping the list at over 150 million records sold. Andrea Bocelli is right behind with an estimated 90 million sold while Umberto Tozzi, Pooh, Ennio Morricone, and Laura Pausini are included in the list of artists selling 70-75 million records. It is estimated that the best-selling album of all-time in Italy is “La vita e adesso,” (1985) by Claudio Baglioni which remained in first place on Superclassifica “TV Sorrisi e Canzoni” for 27 consecutive weeks. The best-selling Italian album in the world is none other than “Romanza” by Andrea Bocelli with an estimated 20 million copies sold (1,100,000 in Italy alone). The best-selling foreign album sold in Italy is estimated to be “True Blue” by Madonna. Currently, Vasco Rossi’s “Vasconostop,” Tiziano Ferro’s “Il Mestiere Della Vita” and J-ax and Fedez’ “Comunisti Col Rolex” have been riding the top 100 albums in Italy charts for 34, 31 and 24 weeks, respectively.