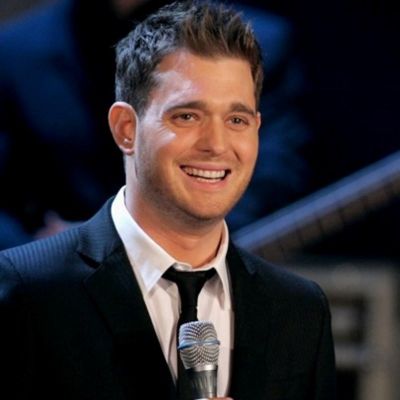 Michael Bublé is a legendary crooner and actor. He is also a gifted songwriter. Bublé was born in the Canadian city of Burnaby on September 9, 1975. Bublé is a Grammy-winning singer, who cites Frank Sinatra, Tony Bennett, Dean Martin, Bobby Darin, Al Martino, Stevie Wonder, and Ella Fitzgerald as his major influences. He became an Italian citizen in 2005. Bublé married Argentinian actress Luisana Lopilato in 2011. The couple have three children.

Bublé had a fairly enjoyable childhood. Michael's father, Lewis Bublé, was often out fishing at sea. His mother, Amber, primarily took care of him and his siblings. Lewis and Amber Bublé were staunch Roman Catholics and they raised their children the same.

Because his surname is Bublé and the fact that he is Canadian, some people assume that he is of French descent. He acknowledges that his surname sounds French, but he is very proud to be Canadian and Italian.

Michael’s paternal grandparents, Frank and Nancy Bublé, were from Istria, originally an Italian territory that became part of Yugoslavia after WWII. It is the same territory where the legendary Italian American chef Lidia Bastianich and retired Italian American racecar driver Mario Andretti were born.

Michael’s maternal grandfather was Demetrio Santaga. Demetrio was from the town of Preganziol, which is in the province of Treviso in the northern Italian region of Veneto. Michael’s maternal grandmother, Yolanda Teresa Moscone, was from the town of Villa Santa Lucia degli Abruzzi, located in the province of L’Aquila, in the southern Italian region of Abruzzo.

A huge part of Michael's childhood was devoted to his grandparents. They played as big a role in his life as his mother and father. Michael remembers listening to his favorite crooners, playing in his childhood home. Demetrio introduced him to the songs of those old crooners.

At age 17, Bublé entered and won the British Columbia Youth Talent Search which ultimately launched his career. But Michael's real break came after performing at a party for Michael McSweeney in 2000. McSweeney was an advisor to former Canadian Prime Minister Brian Mulroney.

McSweeney was so impressed with his performance that he let the Mulroneys know about the talented singer from Burnaby. The Mulroneys invited Bublé to sing at the wedding of their daughter Caroline that September, where he sang "Mack the Knife." That is where Bublé was introduced to Grammy-winning producer David Foster, who signed Bublé to his record label in 2001. The rest is history.

Tweet
More in this category: « A Look Back: The Bridges of Rome and Venice The Policeman Who Might Be a Saint »