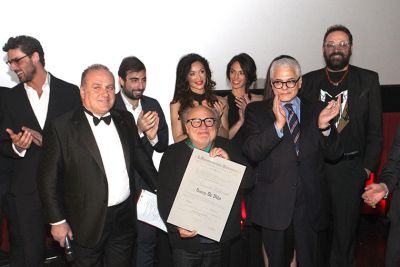 Italian American actor, director, and producer Danny DeVito received the 2018 Jack Valenti Legend Award during the Los Angeles Italia Fest. The festival took place in early March, and numerous individuals of Italian descent were honored throughout the week. There were other awards received as well during the festival, including those that honor film, actors, and directors.

Named in the memory of the Motion Picture Association of America (MPAA) president Jack Valenti, the award is given to an influential Italian American who has displayed great dedication to the entertainment industry. Previous recipients of the recognition include Al Pacino, Sylvester Stallone, and Liza Minnelli.

DeVito had a great relationship with Jack Valenti, and the award was accepted with much gratitude. Along with this recognition, Danny DeVito was also awarded with the highest honor of a Grand Officer of the Order of Merit of the Italian Republic during the festival, presented by the Italian Consul Antonio Verde.

While active since the 1970s, Danny DeVito has received numerous awards and recognitions throughout his life, including a Golden Globe, an Emmy, and a star on the Hollywood Walk of Fame. His career in the entertainment industry continues today with his involvement in his most recent films and television shows, such as his regular appearance in It’s Always Sunny in Philadelphia.