Make It a Movie 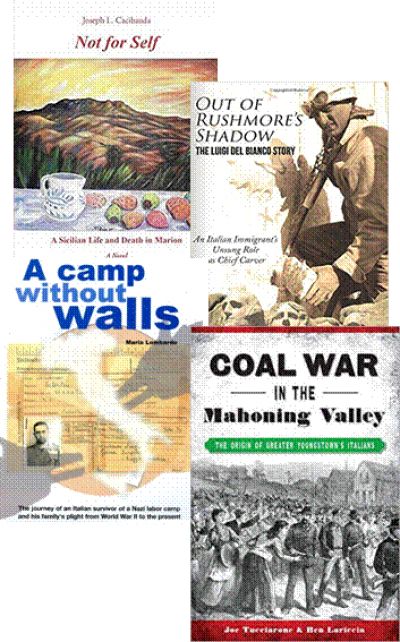 How do you introduce the history and cultural traditions of one nationality to a rapidly changing society? Today, the quickest way is through digital media. Of course, schools and other educational institutions are paramount in the educating process, but with so many avenues of electronic circulation available, especially streaming services, the capability to quickly integrate historical and cultural awareness, along with the need for new content, continue to grow.

The lack of films and good-quality television shows depicting Italian American history and culture can be easily filled with the many books written about the Italian immigrants’ experiences as they transitioned to Italian Americans. Additionally, through books, much can be learned about the heritage, culture, and values of Italian Americans.

The curated selection of books posted on the Italian American Press (IAP) provides a wide variety of material for converting the written word to film; and although any book on the IAP could be made into a movie, the books below, with the right producers, would make exceptional films. The categories and some suggestions for actors and actresses of Italian heritage are included. Who would you cast?

“Coal War in the Mahoning Valley”

by Joe Tucciarone and Ben Lariccia

An historic event that happened during the 1870s, shortly after Italy’s unification, around 10 years after the end of the American Civil War and during America’s Second Industrial Revolution. Italian immigrants traveled to America for work and were unknowingly recruited as miners during a labor strike. The iron and coal industries, the treatment of immigrants and others in labor disputes and the assimilation of Italian immigrants into Italian Americans in the Youngtown, OH area, reveal events from a generally unknown piece of American history. A great opportunity for an ensemble cast of those with Italian heritage, as well as many other nationalities.

“Not for Self: A Sicilian Life and Death in Marion” by Joseph L. Cacibauda

Based on the true story of an Italian immigrant arriving at Ellis Island in the early 1900s who, after many years of work in the coal mines, moves to Illinois and opens a tavern with a partner. Prohibition, bootlegging, the second rise of the Ku Klux Klan, WWI, unscrupulous government officials, religion, and discrimination combine to form the background of a story that takes place in “Bloody Williamson.” Mark Ruffalo as Jake Valenti.

A behind-the-scenes account about the making of Mount Rushmore, the Italian immigrant who became its chief carver and the investigative research that led to his recognition. A grandson’s determination to uncover the documentation chronicles his encounters with government employees while offering a look into the sculptor’s life. Luigi traveled from New York to the Black Hills and lived with the locals. He eventually brought his family to live with him until returning to New York. John Turturro as Luigi Del Bianco and Lou Del Bianco as himself.

“A Camp Without Walls”

A diary found in a stack of papers tells the story of an Italian soldier during WWII, first fighting with German soldiers, then opposing them as a resistance fighter when Italy allies with America. Tricked into surrendering, he becomes a German prisoner of war. The effects of his time as a prisoner and his dramatic escape follow him and his family from Italy to America, but he cannot escape from the flashbacks of the prison camp and the consequences inflicted on his family. Leonardo DiCaprio as Salvatore Lombardo and Marisa Tomei as Maria.

Learn more about these wonderful books, and so many others, on the Italian American Press at

Tweet
More in this category: « “For Without Culture, Man Has No Soul” Young Street Musicians of the 19th Century: Two Escapees from Child Slavery »