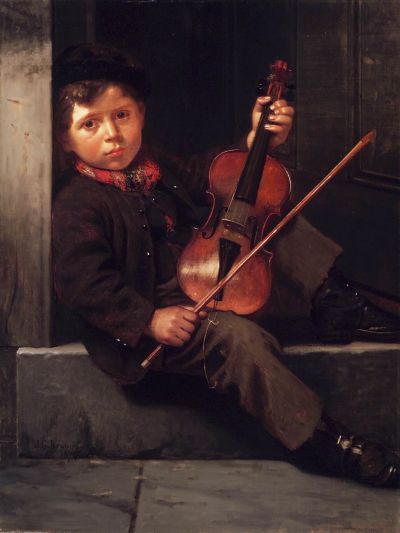 Italians have had to deal with various stereotypes on the road to full acceptance in the American melting pot. Even today, some say we have yet to “melt.” The iconic organ grinder with his monkey and tin cup is a relic of the period when vendors of all types and nationalities made a living on the street. A tragic phase of this very public employment saw Italians as young as nine panhandling as itinerant musicians on the street corners of NYC and other major cities.

It is a sad fact that children arriving from Italy in the 19th century often were emmeshed in a system that mimicked enslavement. So great was the traffic in exploited children from Italy that between 1855 and 1874, over 100 advertisements were posted in the New York Herald for the return of “lost” Italian boys. These were child musicians, musicanti vagabondi, who had escaped from their exploiters, not their families.

Bernardo Roselli was born on February 13, 1859 in Saponara in the Province of Basilicata. His 30-year-old father, Marco, is recorded as a contadino on the birth record. After arriving on the steamship Bellona on July 24, 1867, eight-year-old Bernardo traveled with a group of 32 other Italians, most of whom listed their occupations as artists or musicians on the ship’s manifest. Thirteen of the Italian passengers were men and only one was a woman. The remaining 19 members of the group were boys under the age of 10 who had been either kidnaped or leased to maestri by their parents. One of the adults accompanying the children was Saverio Gallo, later revealed to be Roselli’s padrone, who soon forced the young boy to play the violin on the streets of NYC.

Roselli ran away on April 28, 1869, after enduring two years of servitude. His maestro, listed as S. Gallo of Elizabeth St., posted an ad for a $30 reward in the May 7 edition of the Herald. The advertisement noted that Roselli was stout, wore a “military cap,” and danced while playing his violin. The youth must have been a particularly talented artist because Gallo repeatedly posted rewards for the runaway’s return to his Elizabeth St. address over the next 11 months. His notices bear a distinct resemblance to rewards once offered for escaped slaves.

After successfully fleeing from his master, Roselli remained in NYC. Years later, a July 21, 1889 story in the New York Sun detailed his employment to Antonio Tiscanzo, a “boss contractor” based on Baxter St. just three blocks from Gallo’s old lair. The article, “Music on Excursion Boats,” reported that Roselli, now an adult, and a handful of other Italian musicians paid for the exclusive right to perform on vessels of the Iron Steamboat Company, a major carrier of passengers to Coney Island. The performers earned their keep by “passing around the hat” during onboard concerts. Earnings were sufficient for the entertainers to own comfortable homes and support families.

By 1890, Roselli had moved his family to Los Angeles, where he began working as a fruit dealer to supplement the income from his performances. By 1920, he had completely abandoned the music trade to concentrate on his fruit business in L.A. A family portrait of later years shows the once hunted boy in the happy company of his wife and 11 of his 13 children. While Roselli’s fate seems to have ended on a positive note, many children forced into the role of itinerant street musician died an early death separated from their families in the crowded slum housing of the city.

In 1886, Levi Malona, age 24, appeared at Castle Garden requesting that immigration officers reveal to him his lost identity. He reported that he and his brother had been kidnapped as children in Italy and the two were brought to the U.S. when Levi was six. Once they landed in New York, his enslaver kept the two in a house with other boys, possibly on Rose St., where the youngsters were assigned to beg on the city’s streets.

“We were treated with the greatest cruelty. He taught us, with many floggings, to play a little on the violin and to sing, and sent us into the streets to beg. We had to stay out until midnight, tramp the streets and sing and play every day in all weather, and if we didn’t bring home money enough to please the padrone he would beat us and send us to sleep with nothing to eat. He was a devil. Some of the boys died in his care.”

After two years under the brutal control of the padrone, Malona escaped without his brother. Keeping away from the city, the runaway sought freedom in the countryside, where he eventually found work in Elton, NY. Having built up some savings, he returned to Castle Garden with the goal of learning the basic facts of his background and finding his brother.

“I know that I was born in Italy and was stolen from there when a child, and I know that the name by which I am called is not my real name. I want to find where I was taken from, and if any of my family are still alive in Italy or in this country.”

Luckily for Malona, Castle Garden officials and others took his plea seriously. An informant familiar with the case suggested that Pasquale Angorola Covello, an Italian whose sons had been stolen from him in Basilicata, was Malona’s father. A “Rafaelo de Grozzia” came up as the possible kidnapper. On November 1, 1878, the Italian consul at Le Havre telegrammed New York’s Society for the Prevention of Cruelty to Children regarding the imminent arrival of Raffaello Di Grazia, notoriously known in Italy as the "King of the Padrones.” In the nick of time, police found the culprit there disembarking in possession of several young children not his own. They immediately arrested him. In heart rendering detail, journalists covered Malona’s plight and that of many other enslaved Italian youths. Herbert Monachesi, a reporter for the New York Times, stated that there were at least 8,000 children in the city under the control of padrones.

But change was in the air. The New York Society for the Prevention of Cruelty formed in 1875 and embarked upon a program of legislation to end child labor and other forms of exploitation of juveniles. The same year, the Fabbri, a wealthy Italian couple, contributed generously to the Children’s Aid Society, with the goal of building the Italian School on Leonard St., in NYC’s notorious Five Points neighborhood. The new four-story edifice housed classrooms, a music hall, and indoor plumbing with a washroom and bathing area that could accommodate 40 children at a time.

By the 1930s, child labor laws, compulsory school attendance, and the federal government’s outlawing of the padrone system, had ended the sordid practice of trafficking in the “little slaves of the harp.” In a further blow to begging and playing music, Mayor Fiorello La Guardia’s 1935 declaration banned organ grinders from the city’s streets. Moreover, an alarmed public in Italy reacted strongly to the damage done by child traffickers to the young nation’s pride and international standing. In a series of legislative moves, beginning haltingly in 1873, Italy eventually banned the emigration of child itinerant entertainers and their employment on Italian soil. 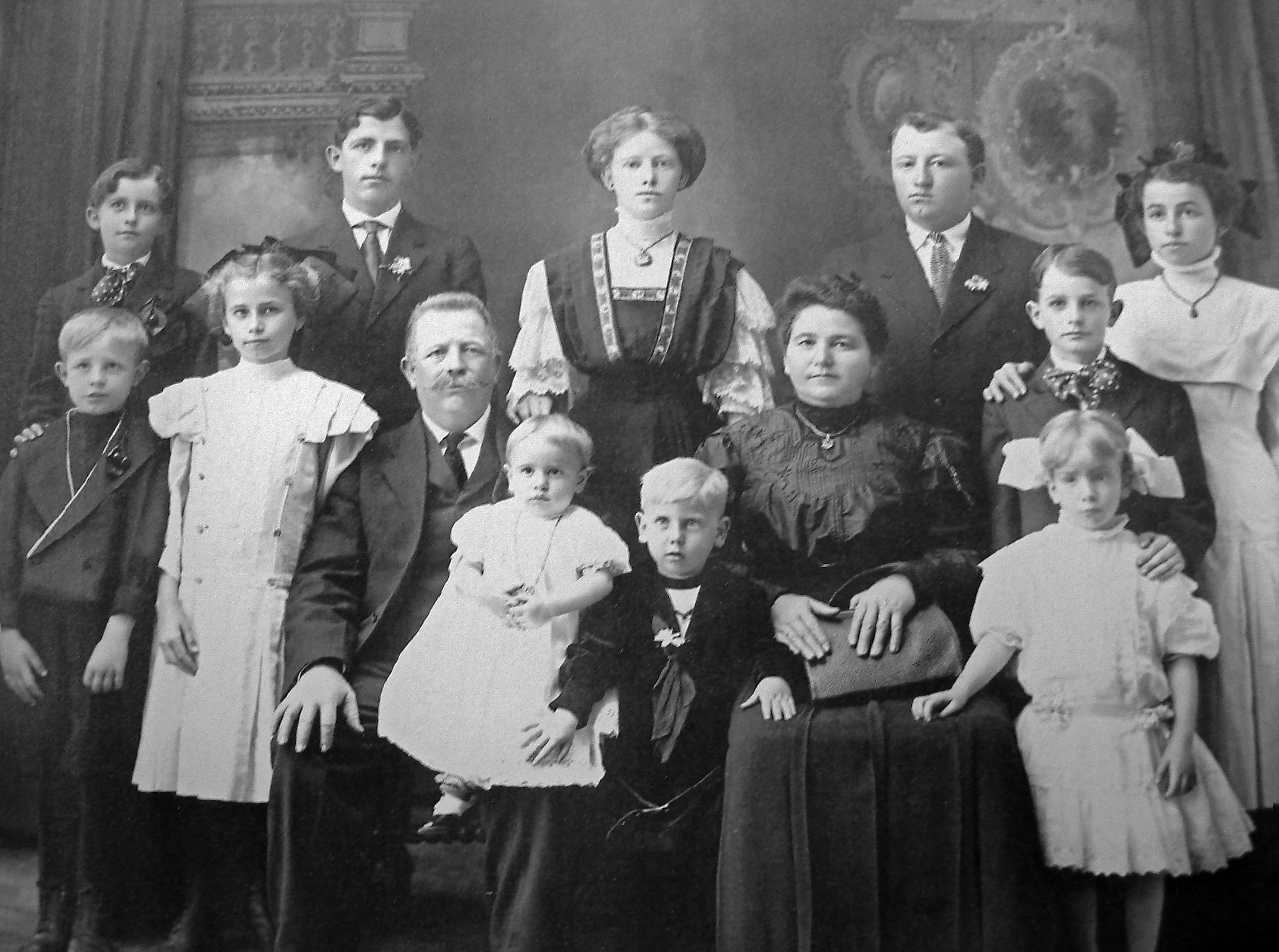 Tweet
More in this category: « Make It a Movie Bella Ciao »