“For Without Culture, Man Has No Soul” 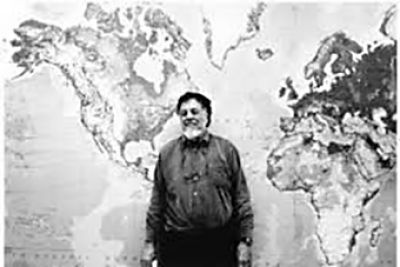 Alan Lomax at the Association for Cultural Equity, NY, 1986. Photo by Peter Figlestahlef.

This is the motto of the Ohio Regional Music Arts Cultural Outreach (ORMACO), a nonprofit whose mission is to bring the arts to rural, marginalized, or disadvantaged communities lacking in cultural opportunities. Through grants, donations and underwriting from area businesses and individuals, they have been offering educational outreach programs, workshops, concerts, and cultural outings since October 2010.

Biannually, ORMACO presents high caliber, international artist residencies through their World Tour of Music, exposing communities to diverse cultures. The one-week residency seeks to integrate art into a broader cultural framework encouraging exploration into issues and concerns of other cultures.

The artist-in-residence for Fall 2021 was Anthony Taddeo with his music group Alla Boara. This Cleveland-based group engaged over 3,000 people in their one-week residency as they conducted outreach programs and concerts at the Bop Stop and at the OJ Work Auditorium where many had the opportunity to listen and learn.

As a first-generation American, Taddeo was intrigued with learning about his Italian musical roots. At Youngstown State University, in pursuit of a Master of Fine Arts, he discovered the 1954 Italian field recordings of Alan Lomax, an American ethnomusicologist. Lomax had preserved and published these folklore recordings of field workers in the call-and-response style, funeral laments, and religious chants from remote regions of Central and Southern Italy and Sicily. Taddeo rearranged and recomposed these recordings into modern jazz compositions and, with modern arrangements, sought to bring recognition and new life from Italy’s diverse history of regional folk music to contemporary audiences.

Originating from Sicily, C’Avanti C’E was taken from field workers gathering olives by hand during the harvest. This recording has a Middle Eastern influence and the aboriginal sound of the didgeridoo.

Beginning in pre-Roman times ladies were hired to cry and wail at funerals to deal with the grief and pain of loss. In the “Funeral Lament,” Lomax taped a woman at the funeral of her husband as she repeatedly chanted “pauvere me” (poor me) and begged why she was not taken first.

“Sui Nostri Monti” from the mountains of North Italy showcases an “oompah” sound possibly of Germanic or Northern European influence.

Barbara Strozzi, an Italian composer and singer of the High Art Baroque period of the 1600s, composed the aria “Che Si Puo Fare'' which Taddeo juxtaposed “Fimmene, Fimmene,” a protest against poor working conditions sung by women tobacco gatherers 400 years ago. The words “come as two, leave as four” alludes to the fact that female workers were often impregnated by their bosses.

“Ballu,” an instrumental featuring the tambourine, prompted a concert attendee to go to the front of the stage and dance to the rhythms of the music; a fitting tribute to Alla Boara’s performance, since ballu means dance!

Familiar to many Christians would be “Venite Adoremus” (Come Let Us Adore Him) in which a priest chants in a cathedral in Abruzzi at Christmastime, recorded by Alan Lomax.

“Pizzica di San Vito” is a tarantella about field workers bitten by the poisonous tarantula, wherein the venom would be removed through wildly dancing to music played in triple time.

The juxtaposition of “Som Som,” a farmer’s song combined with a child’s lullaby, shows that despite the farmers’ hardships and lack of food, sweet lullabies were still sung to the children, demonstrating that music has the power and ability to get us through the drudgery and hardships of life and lift our spirits.

It was Alan Lomax’s hope that with the preservation of folklore which is the orally transmitted wisdom, art, and music of prior times, we would achieve cultural equity. Although he passed on in 2002, the Association for Cultural Equity, which he founded, continues to explore and sustain the world’s traditions. Through his recordings and Anthony Taddeo’s Alla Boara, we are inspired to learn, explore, and treasure our musical roots. 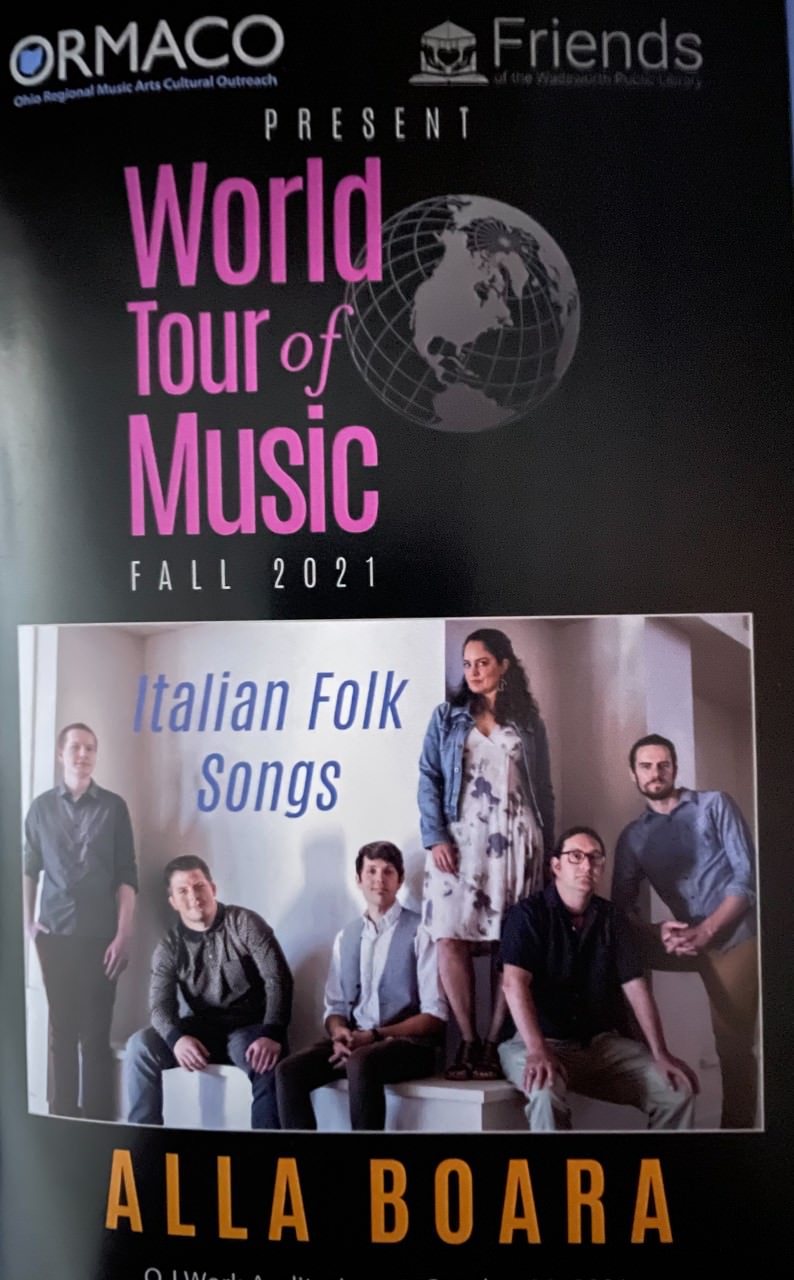 Tweet
More in this category: « NIAF and the Italian Scientists & Scholars in North America Foundation Partner to Showcase Excellence of Italian Americans Make It a Movie »