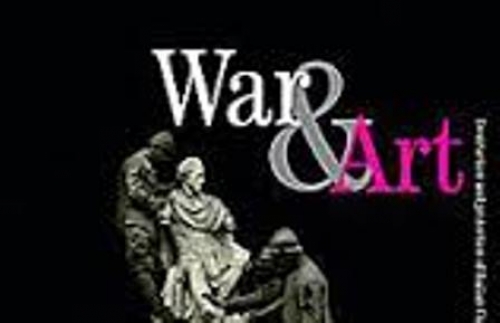 On the occasion of 2015's Italian American Heritage Month at Cleveland City Hall, the Consulate of Italy in Detroit and Serena Scaiola, Hon. Consul of Italy in Cleveland, are honored to present the photographic exhibition "War & Art: The Preservation of Italian Treasures." Opening Monday, October 5 at Cleveland City Hall, it will remain on display on the second floor throughout the month. Based on images from the Museo Centrale del Risorgimento's archives in Rome, the exhibition highlights the ravages that war can wreak not only on human beings, but also on what should be the inviolate beauty of art. This important collection of images represents a unique opportunity to recapture and gain more insight into a significant part of Italy's history, and reminds us of the enduring struggle to save the highest expressions of the human spirit from the degradation and savagery of war.

The specific focus on preserving cultural heritage provides a first-hand cultural and historical perspective of the conflict. Due to the vital support of the U.S. Italy was able to preserve most of its artistic treasures - and thus of its identity - from ruthless annihilation. This was, in some ways, the precursor of a tradition that was later embodied by the notable "Monuments Men" during the Second World War. "War & Art: The Preservation of Italian Treasures" is the result of a joint effort by the Embassy of Italy in Washington, D.C., the Museo Centrale del Risorgimento in Rome, the National World War I Museum in Kansas City, and the Woodrow Wilson House in Washington, D.C. All joined forces to ensure that the 100th anniversary of the start of the Great War was not forgotten. To fully understand such a world-changing event is to ensure that, and preserve peace and democracy today. In addition, its comprehension enables us to reconcile our legitimate pride in our national identities with the deep awareness of being citizens of the world.

During WWI, even Italy's historic and artistic heritage became a powerful propaganda tool. The art and beauty destroyed during air raids or land battles are further proof of the enemy's barbarity. The destruction of artistic monuments had already been condemned by France on Sept. 19, 1914, following the irreparable damages to Reims Cathedral, and on Aug. 25, 1914 by Belgium when the historical library of Louvain was destroyed by fire. The destruction of culture was considered a cowardly and uncivilized act, a sort of blasphemous sacrilege, much like the violence perpetrated by invading armies against unarmed civilians. The idea that Italy's national heritage could be used as a successful propaganda tool against the enemy was immediately put into action with photographs that documented the damages of war to paintings, frescoes and churches.

Photography was also used to sensitize the population in remote areas far from the front lines since this visual means proved the most effective instrument of persuasion, one that could be easily understood even by the less educated members of the population and the illiterate. Newspapers and magazines thus detailed the beautiful artworks in the more famous Italian cities protected and defended against the enemy's barbarity. Procedures were established for complex protections and safeguards for movable artworks - paintings, sculptures, ancient illustrated manuscripts - located in the cities closest to the front and therefore more vulnerable. A number of measures were used: from masonry supports for the arches of Palazzo Ducale in Venice to wooden supports for the equestrian statue by Colleoni, and from sandbags around funerary monuments to cotton wool stuffed coverings for capitals and fireproof asbestos and concrete casings. Photography thus became a propaganda tool. "The most successful propaganda is visual: photographs, films, drawings, and posters. It is the only kind that reaches the illiterate, the indolent, and preoccupied, i.e., the public.

"War & Art" is the result of a careful selection through more than 300,000 images belonging to the Museo Centrale del Risorgimento di Roma. Claudio Bisogniero, Ambassador of Italy to the United States, and Renato Miracco, Cultural Attachè at the Embassy of Italy in Washington, DC, and the exhibition's curator thanked the Italian and American institutions that made it possible, thereby allowing an increasingly broad and cognizant audience to participate in, and commemorate this significant anniversary. The exhibition was presented for the first time at the National World War I Museum at Liberty Memorial in Kansas City between Nov. 2014 and Feb. 2015, and later in Washington D.C. between March and May 2015. Cleveland City Hall is its third stop.

Tweet
More in this category: « The Legend of St. Valentine A Glazed Terracotta Sculpture by Buglioni »