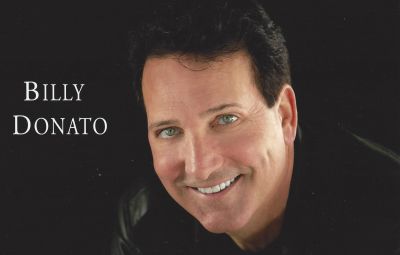 Donato’s grandparents emigrated from Campobasso and Benevento, Italy. Donato was born on E. 120th St. in Little Italy. On one side of Holy Rosary Church is Coltman Rd. where Donato’s father, William Roy, was born and raised. The other side of the church on E. 120th is where his mother, Frances Donato (Nista), grew up. His parents married at Holy Rosary Church in 1952 and settled in their new home on E. 120th. His two older sisters, Kathy and Pam, attended Holy Rosary School. His father’s grandparents, Paul and Mary Donato (Jantonio) and Tony and Bessie Nista (DiLillo) lived on Coltman Rd. and E. 120th, respectively. Nonno Tony and Nonna Bessie opened a bar and restaurant on the corner of E. 120th and Mayfield in 1930 called “The Wonderland Bar.” They owned the bar until 1956 when nonno passed away. The tradition and business continued in the family through 1985 with nonno’s sister, Aunt Josephine, who changed the name to “The Italian Village.” But, the bar was also renowned as “Josephine’s.” When she passed away in 1987, her daughter, Flo, and her husband, Nick Simone, assumed ownership. The building still stands and is currently home to Etna’s Ristorante.

Donato, a John Carroll University graduate was recently inducted into the Bedford High School Hall of Fame. Most recently, Donato has starred as a longtime vocalist, showman and all-around entertainer in the heart of the Las Vegas Strip including The Tropicana, Caesars Palace, The Venetian, and the Orleans. He has also appeared as Special Guest Vocalist with the world-renowned Cleveland Pops Orchestra at Severance Hall and heard worldwide on the United States Armed Forces Radio Network. Donato embraces audiences worldwide with a love and passion reminiscent of an old-time neighborhood family reunion.

Tweet
More in this category: « You got a problem... Giovanni Costello - An unmistakably unique and soulfully inspired voice »