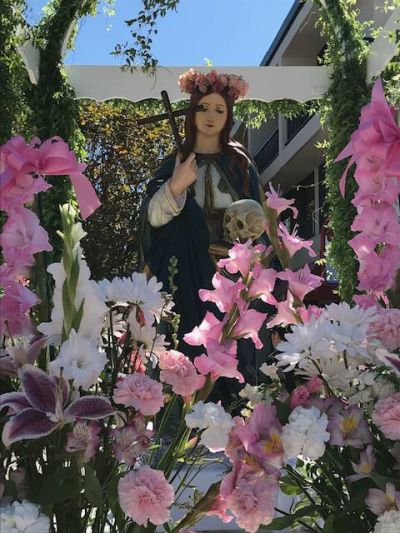 Monterey is one of the most historic towns in California, the one-time capital of Alta California under Spanish and Mexican rule.

In 1846, the U.S. flag was hoisted over Custom House Plaza during the Mexican-American war. Three years later, the constitution of California was written in Monterey prior to becoming the 30th state. The timing was propitious; gold was discovered in 1848 at Sutter’s Mill in the Sierra Nevada mountains. In a short period, hundreds of thousands of adventurous souls arrived from Europe, Asia and South America to seek their fortune.

The sleeping village named Yerba Buena by native Americans became San Francisco. It was a bustling port filled with mast ships that quickly became a vibrant city, a center of banking and international trade, and a repository of tons of gold mined in the Sierra Nevada.

California became a destination where people’s dreams, riches and fame could be fulfilled. Not all succeeded, of course, but the California dream changed the history of America as realized when the transcontinental railroad was completed in 1869 uniting the east and west coasts.

Sicilian fisherman knew of the California dream from early immigrants who came to America. Many followed the dream and migrated to Monterey, knowing that the Pacific Ocean was vast and populated by fish that they could harvest.

Sicilian fisherman brought their families to Monterey along with their traditions, language, customs, food, and reverence for Santa Rosalia, the patron saint of Palermo. During the 20th century, the fisherman harvested sardines, anchovies, tuna, salmon, and squid.

Their hard work was rewarded in many ways, providing food like canned sardines for American troops around the world during WWII. John Steinbeck, author of “The Grapes of Wrath” and a Nobel prize winner, lived in Monterey and wrote numerous stories of the fishermen in books like “Cannery Row,” “Tortilla Flat” and “East of Eden.”

The heritage of Sicilian fishermen and their families has been celebrated at Festa Italia. The Festa is held at Custom House Plaza near the Monterey wharves, home of Italian and seafood restaurants popular with tourists and local residents. The first blessing of the fleet was held in 1933. This past September, Festa Italia was celebrated for the 86th time.

Festa Italia begins in San Carlos Cathedral with a service followed by a procession through downtown Monterey’s main avenue, Alvarado St. The procession includes a float with a statue of Santa Rosalia decorated with flowers, a court of Italian princesses including Queen Fina Marie Freese, San Carlos Cathedral priests, Grand Marshall Vince Ferrante, bands, banners, and Italian flags. The procession continues to Custom House Plaza where crowds wait for the festival to begin with the playing of the National Anthem, raising the Italian flag, blessing by priests, and welcoming remarks by the mayor of Monterey, Clyde Roberson.

“The first Festa in Monterey was celebrated in 1933 when a statue of Santa Rosalia, the patron saint of Sicilian fisherman, was donated to the San Carlos Cathedral. Sicilian fisherman would pray to their patron saint for a safe journey and bountiful harvest. It is important that we remember the cultural heritage and pass it on to future generations. Let’s continue to celebrate traditions and keep our stories, old and new, alive to ensure that our heritage is never lost and Monterey remains the Language Capital of the World.”

A special feature of the festival are traditional foods: arancini, meatballs, canoli, lasagna, pizza, pasta, and Birra Moretti. A premier bocce tournament of 32 teams from around California was held. The teams competed for cash prizes, bragging rights and a trophy.

Monterey is not the only California town where Italian heritage is honored. San Mateo and San Francisco also hosts celebrations.

The legacy of Sicilian fishermen lingers in Monterey, not only in Festa Italia, but on a small hill overlooking Monterey Bay where many Italian families lived. Today it is still affectionately known as Spaghetti Hill.

(Please come be Italian for the day!)

View the embedded image gallery online at:
https://www.lagazzettaitaliana.com/travel/9250-santa-rosalia-and-festa-italia#sigProId2b642660f9
Tweet
More in this category: « Japan Comes to the Veneto A Taste of Italy, Los Angeles Style »