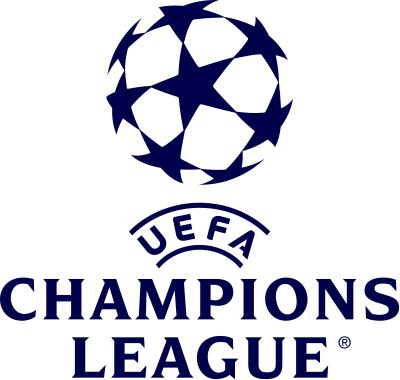 The knock-out rounds of the UEFA Champions League are upon us and there are two Italian teams left trying to claim the title. The Champions League is made up of club teams across Europe with each league getting a set amount of teams at the start of the tournament based on the rankings of the UEFA coefficients. Italy is one of four countries to have four teams in the tournament. Each team is originally placed in a group of four with each team playing each other twice, accumulating points for wins and ties. The top two teams are then placed in the knock-out stage creating 16 teams in the elimination rounds. Each team will play their opponent twice, home and away. Whoever wins the most points after two matches will move on. This year if tied after two matches the second match will go into overtime and then shootouts.

The draw for this stage of the tournament took place in Nyon, Switzerland at 6 a.m. EST. After some controversy that was blamed on a technical error, it was redrawn at 9 a.m. to the dismay of many Inter and Juventus fans who many would consider got a very unfavorable draw the second time around. These two Italian teams to make the knockout stage are also the recent matchup for the Supercoppa Italiana. Inter, who won the Supercoppa trophy over Juventus this January, faces one of the best teams in all of Europe, English Premier League’s Liverpool. While Juventus, winner of their group stage will face Spanish La Liga’s Villarreal.

Juventus in European play has been strong this year contrasting their domestic league play. They finished top in their group stage upsetting reigning champs of the tournament Chelsea in their first meeting. This could help boost the perception of their head coach Massimiliano Allegri who is one of the highest-paid managers in all of Serie A but currently sits only fifth on the Serie A table. The Bianconeri have been led to the finals twice in the recent past under Allegri who is back as the head coach after leaving for two years.

The reigning champion of Italy, Inter, joins the knock-out stage for the first time in 10 years. The Nerazzurri have somehow managed to look even better this season after losing star striker Romelu Lukaku and head coach Antonio Conte and currently sit in first place in Serie A. New head coach Simone Inzaghi has been playing a fun brand of soccer with a multitude of players scoring. It will not be an easy task to take on one of the hottest teams in Europe right now and they will be underdogs going into the matches. However, Inter has proven this season that they have the depth to be a danger to any team.

To win the tournament is to claim to be the champion of Europe. To do this the team will play two games in each round of 16, then single elimination games for the quarter-finals onward until we have a champion this August 23 in Lisbon, Portugal. The last Italian team to win the trophy was Inter in the 2009-10 season when they also won the Coppa Italia and Scudetto. This completed the treble, the only team in Italian history to win all three in the same season. Since then, Juventus has made the finals twice in the 2014-15 and 2016-17 seasons.

February 15 is when the tournament resumes with Inter hosting Liverpool for their first match at 3 p.m. on February 16 at San Siro Stadium in Milan. Juventus will be heading to Spain to play Villarreal on February 22 at 3 p.m. Both matches will be played on the streaming service Paramount+ with Inter vs. Liverpool also being played on CBS. Serie A has not had a lot of glory in the Champions League lately with La Liga and the Premier League taking most of the trophies in the last 11 years.