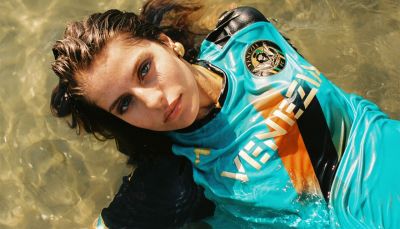 Known for its unparallel beauty in architecture, magical glass blowing, romance, and gondolas, Venice now has one more thing to boast about, calcio. This once unthought of club is making a name for itself in European soccer. The city now has one of the fastest-growing fan bases in Europe. No other team has been able to capture the essence of their city quite as Venezia FC has with their fashionable kits and stylish marketing.

How did a club that has not seen Serie A in 19 years create a name for itself in such a short time? There is a long, disappointing history for Venice trying to host a soccer club involving bankruptcy, teams leaving, and  name changes. A city where it is hard for children to kick a ball without it going in the water, Venice never really felt like a soccer town. However, the current owner, VFC Newco 2020 LLC consortium, whom the American Duncan Niederauer presides, has been able to tap into Venice’s small but passionate fan base and turn the club into a recognizable brand.

The club chose to embrace their city’s identity for Venetian gothic architecture and classical design. The subtle touches of gold in their Jerseys and beautiful locations for their photoshoots highlight just how unique Venice is. Games are played at the Stadio Pier Luigi Penzo situated on the far eastern edge of Venice away from the tourist traps. The stadium is known for boats being the most accessible way to get to the stadium.

Jerseys have been selling out and for good reason, the four kits look posh and have captured the eyes of collectors across the world. They cannot keep up with demand. Even American sports networks had to get in on the action talking about the unique sense of style Venezia FC brings to the sport. GQ did an article calling the team “The World’s Most Fashionable Soccer Club.” However, as Roma and Fiorentina found out this season after both getting defeated by Gli ArancioNeroVerdi (The Orange-Black-Greens), they are not just a fashion company anymore.

At the time of publication, the team currently sits three spots above relegation in the table with 12 points in 15th place. With wins over some of the greatest teams in Italy, this season is easily one of the best the city has ever seen. However, there is still work to be done to remain in Serie A. With American players and ownership, and the hype of the team peaking, this could be the year to turn the club around and continue to attract fans from around the world. Being able to showcase a world-renowned city such as Venice has given something truly unique to Serie A this season. Forza Venezia.