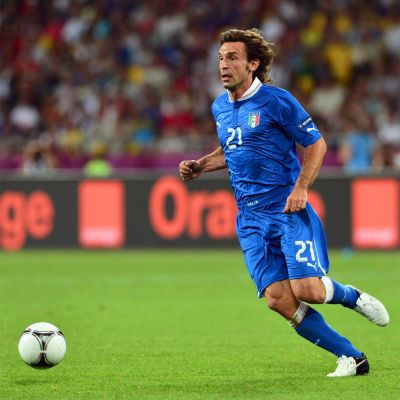 The former AC Milan, Juventus and Italy star who won six Serie A titles and two Champions Leagues at club level and played a crucial role as the national team lifted the 2006 World Cup has said he will retire at the age of 38 when his contract at New York City FC expires in December. Pirlo has played just 15 of NYCFC’s 32 MLS games this season and says the time has come to bring an end to his playing days. “You realize that the time has come,” he told La Gazzetta dello Sport. “Every day you have physical problems, you cannot train as you want because you always have some problem.” Pirlo, a deep-lying playmaker in midfield, is widely regarded as one of the greatest ever exponents of the position due to his vision, ball control, creativity, and passing ability. In fact, fellow players on the Italian national team have nicknamed Pirlo l’architetto (The Architect) because of the way he builds plays and sets up goal-scoring opportunities with long, lobbed-through passes. His Juventus fans have dubbed him il professore (the professor), Maestro and Mozart. Pirlo is also known for being a wine connoisseur and he even runs his own vineyard in Italy which produces upwards of 20,000 bottles a year. In 2016, it was reported that Pirlo’s jersey was the highest-selling MLS shirt. The famous number 21 will certainly be remembered for his skills on the field along with his trademark beard and good looks. As one of the top five paid MLS players in 2017, Pirlo’s tactical intelligence has been imparted on many teammates over the years. His career is full of unforgettable moments that will still be played on highlight reels for the next 50 years.

“I don’t feel pressure…I don’t give a toss about it. I spent the afternoon of Sunday, 9 July 2006 in Berlin sleeping and playing the PlayStation. In the evening, I went out and won the World Cup.”
— Pirlo, on his mental state in Italy’s World Cup victory over France in the 2006 FIFA World Cup, in Berlin.

Tweet
More in this category: « Andretti Family Keeps on Winning Winter Sports-Lovers: This is for You! »