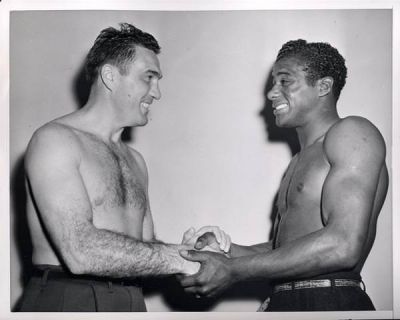 Recently, La Gazzetta Italiana was contacted by a loyal subscriber who informed us that his uncle was the great Joey Maxim, the former Light-Heavy Weight Champion of the World 1949-1953. We knew we had to pay tribute to this Italian American athlete.

Born Giuseppe Antonio Berardinelli on March 28, 1922 in the Collinwood neighborhood of Cleveland, Giuseppe eventually took the ring-name Joey Maxim from the Maxim gun, the world’s first self-acting machine gun, based on his ability to rapidly throw numerous left jabs. Maxim learned to box at a very young age. Following a successful amateur career during which he won the Golden Gloves, he turned professional in 1940. Maxim boxed fairly regularly at exhibitions during the years of the war while serving as a military police officer at Miami Beach, FL.

Maxim was 28-years-old and had already fought 87 times as a professional when he was finally able to fight for a world title. On January 24, 1950, Maxim faced British boxer Freddie Mills at London’s Earl’s Court Exhibition Centre. Maxim, very much the underdog against the popular Englishman, won the fight by knockout in the 10th round. After the fight, three of Mills’ teeth were found embedded in Maxim’s left glove. Mills never fought again.

The most famous fight of Maxim’s career was on June 25, 1952 when he made his second defense of his world light-heavyweight crown against Sugar Ray Robinson at Yankee Stadium. New York City was in a record heatwave. During the fight, Robinson built up a large points lead over the champion, although Maxim began to come on later in the fight. Robinson gradually succumbed to hyperthermia (overheating) and Maxim's harder punches. He collapsed to the canvas at the end of the 13th round but managed to stagger back to his corner. However, Robinson failed to answer the bell at the start of the 14th, even though he only had to remain on his feet to win the fight. Maxim won by a technical knockout. This was the only time that Robinson was stopped in his 200-fight career. The original referee and many spectators collapsed from the heat during the fight and the two fighters lost over 20 pounds in weight between them.

Despite winning, the Robinson fight took a heavy toll on Maxim. He lost his world title six months later to the veteran Archie Moore. Following this loss, Maxim, formerly one of the division's most active fighters, fought only 14 fights in the remaining six years of his career. These fights included two rematches with "The Old Mongoose" Archie Moore, both of which Maxim lost. Maxim retired in 1958 after losing six consecutive fights with a record of 82 wins (21 by KO), 29 losses, and four draws. In his 115-fight career, he was knocked out only once. During his career, he defeated such legendary figures as Jersey Joe Walcott, Jimmy Bivins and Floyd Patterson.

After his retirement, Maxim spent time as a stand-up comic, restaurateur and taxi driver. He also served as a greeter at hotels and casinos in Las Vegas. He was inducted into the International Boxing Hall of Fame in 1994. Maxim's wife Michelina, with whom he had two daughters, died in 1977. In February 2001, Maxim suffered a stroke. He died in West Palm Beach, FL on June 2, 2001. In addition to his daughters, he was survived by his mother, Henrietta Berardinelli, who was 97-years-old (died at age 101 in 2006), and six great-grandchildren. 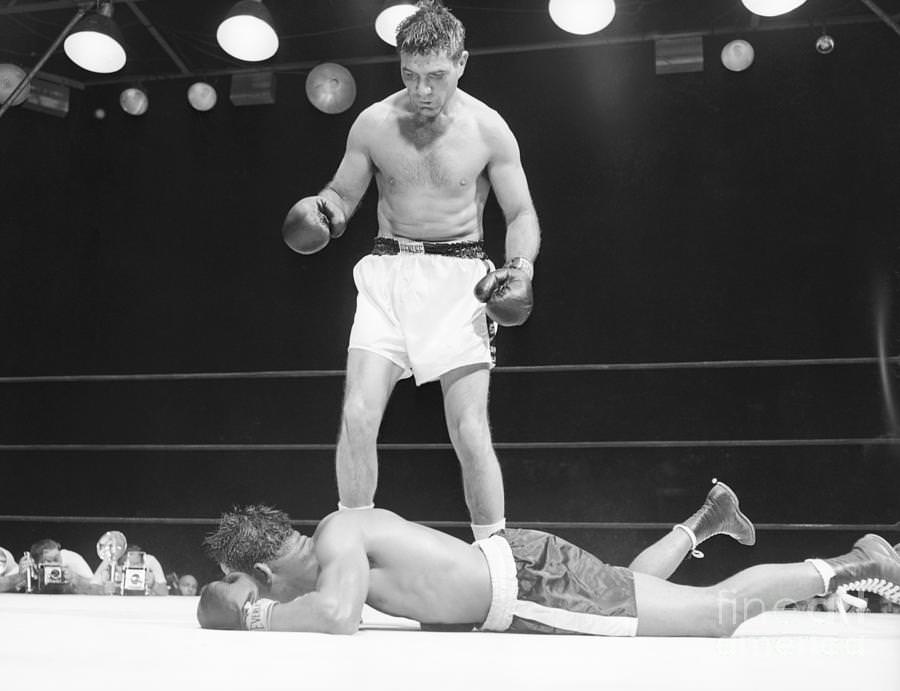 Tweet
More in this category: « A Look Back: Traveling along Abruzzo's Wine Route Italian Influences on an Italian American Poet Educated in Ohio »