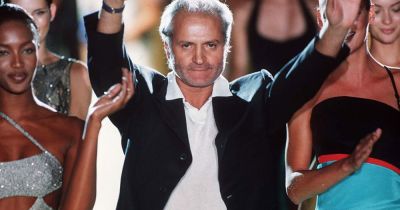 As the year draws to an end, some of our favorite Italian and Italian Americans celebrate their birthdays this month. Italian fashion designer Gianni Versace was born on Dec. 2. Founder of his own international fashion house and designer to stars such as Cher, Madonna, Elton John, and more, Versace was one of the first designers to link fashion to the music world. He was murdered outside of his Miami Beach mansion at the age of 40. American award-winning actress Marisa Tomei celebrates her birthday on Dec. 4. Born in Brooklyn, NY, her roles on TV’s “A Different World” and “My Cousin Vinny” on the big screen shot her to stardom. Marisa’s ancestors hailed from Tuscany, Calabria, Campania, and Sicily. Carla Bruni is an Italian-French singer-songwriter and former supermodel. In 2008, she married Nicolas Sarkozy, the then President of France. Bruni was born in Turin, Italy on Dec. 23. American pop singer of the late 1950s and early 1960s Connie Francis, born Concetta Rosa Maria Franconero on Dec. 12, 1937, celebrates her 82nd birthday this month. On Dec. 22, 1858, Giacomo Puccini was born. He went on to become one of the most famous operatic composers of all time. His operas including “Tosca” and “La bohème” are among the most frequently performed in the standard repertoire.