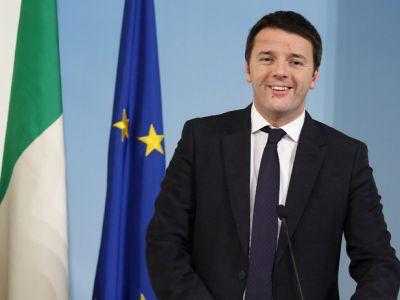 Matteo Renzi has resigned as Italian Prime Minister after being unreservedly defeated in a referendum to change the constitution. Renzi and his centre-left Democratic Party first introduced a bill in April, 2014 that would have achieved the most extensive constitutional reform in Italy since the end of the Italian monarchy. Renzi’s proposed constitutional law influenced the organization of the Parliament as well as improved (according to its proponents) on the poor government stability of the country.

In an interview with “60 Minutes,” the former Prime Minister said he wanted to reduce the size of Italy’s Senate by two-thirds, literally getting rid of hundreds of politicians, arguing that the reform would help bring order to chaos and move the country into the 21st century. The bill was harshly criticized by the opposition with claims it was poorly written and that it would have made the government too powerful.

In what was most certainly a humiliating defeat, Renzi’s bill was crushed by almost 60% of the Italians who turned out in droves to cast a ballot. Renzi’s defeat, however, does bode well for the Five Star Movement (M5S); a political party in Italy started by former popular comedian Beppe Grillo and Gianroberto Casaleggio, who is since deceased. The anti-establishment M5S party spearheaded the “no” campaign against Renzi and his supporters. The resounding loss for Renzi now sets the stage for a general election – and a possible win for Grillo’s Five Star Movement Party.

After first trying to resign on Dec. 5, Renzi agreed to stay on, per President Sergio Mattarella’s request, until Italy’s 2017 budget was passed. That occurred on Dec. 7. Mattarella has asked Renzi to stay on in a caretaker roll until a new government can be put in place.

Tweet
More in this category: « From Little Italy to the Republican Hall of Fame The Creator of the Big Mac: A Legend in His Own Right »