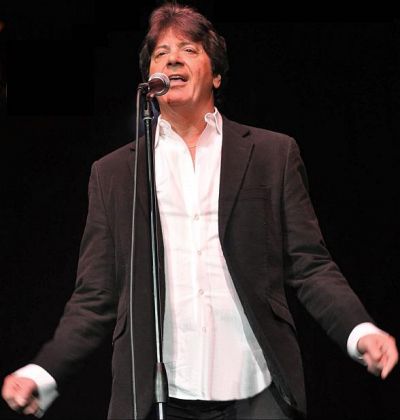 Sonny Geraci, best known as the lead singer for the legendary rock group The Outsiders died last month at the age of 69. Emmett Peter “Sonny” Geraci was a street kid growing up in Cleveland to the music of Motown and the British invasion. It’s been said that if you close your eyes while listening to Sonny sing Bobby Darin, you think you’re in the room with Bobby himself. The Outsiders, part of the Capitol Records label, turned out four Top 40 hits during the 1960s: “Time Won’t Let Me,” “Respectable (What Kind of Girl is This),” “Girl in Love,” and “Help Me Girl.” “Time Won’t Let Me,” a catchy garage rock song that featured a tight horn section, peaked at No. 5 on the charts in April 1966 and sold over one million copies.

Eventually, the group disbanded. Sonny then organized a new band in Los Angeles in 1970 under the name of “The Outsiders Featuring Sonny Geraci.” However, the Cleveland Outsiders were still in existence and Sonny was forced to change the name of his new band. Sonny’s band, Climax, is most noted for their 1971-72 hit song “Precious and Few” which peaked at no. 3 on the Billboard Hot 100 singles chart and no. 1 on Cashbox Magazine’s Top 100 singles chart. The disc was certified gold by the RIAA in 1972.

Climax ended up disbanding, as well, and Sonny tried a few other projects on his own, including becoming an honorary member of The Grass Roots, before taking a 25-year break from the music industry. In 2007, Sonny started to perform again, touring under the name “Sonny Geraci and The Outsiders.” He toured until he suffered a debilitating brain aneurysm in April 2012 that he never fully recovered from. The John Adams High School graduate was laid to rest on February 10, 2017 at Knollwood Cemetery in Mayfield Hts., OH.

Tweet
More in this category: « We Italians Remember Events and Entertainment at Local Winery »