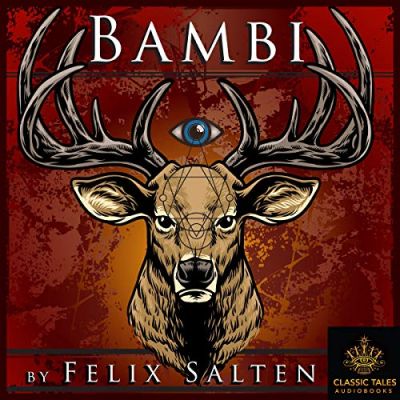 “Mother? Where are you, mother?” If you have seen Disney’s “Bambi,” you know this scene. In the interests of those who haven’t, I won’t go into more detail. That scene, as well as the others between Bambi and his mother, depict a very American, 20th century image of motherhood. She is the personification (deerification?) of a loving, nurturing mother, willing to protect her fawn at all costs. If she had opposable thumbs, I am sure she would have been baking Bambi apple pies. Unfortunately, the cleansed and sweetened Disney version ignores the depth of the original story, including the character of Bambi’s mother.

The original “Bambi” by Felix Salten, I read as an existentialist meditation on life, including the role of mothers. Understandably, Disney changed the tone. Unfortunately, this more biting version of the story is hardly appropriate for a children’s cartoon. I doubt that children would understand the, at times, harsh personality of the mother, especially in the age of 'helicopter moms.' When I recently read a new translation of the story, I was reminded of my own sainted Sicilian mother.

In the book, there is a scene where Bambi wanders the woods heart-wrenchingly, calling for his mother. However, in this version, she intentionally hid from him. She doesn’t coddle him, indulging his every desire. There are other times when she responds harshly to him. Bambi’s mother teaches him the forest is a tough place filled with dangers. She sees her job as ensuring that he is ready to deal with not the forest as they wish it were but with the forest as it is. This is where she reminds me of my mother.

Like Bambi, I did not have a mother that protected me from the world but prepared me for it. When, like most kids, I would try to skip school, the response was always the same. “What do you want to do? Grow up and dig ditches?” While I understand that this could be misunderstood as elitism by some, my mother’s collar was the bluest of blue. She who wanted more for me saw education as the means to upward mobility.

Beyond education, my mother prepared my siblings and me for the world’s harsh reality. Her little bits of wisdom were quite different from what my medigan friends were told by their mothers. “If a rich man says he is your friend,” she would warn, “keep your hand on your wallet because he will try to pick your pocket.” Trust was hard to earn with her. “If someone says trust me, don’t. A trustworthy person never has to say it.” Then there were the three founding Sicilian life principles; “I didn’t see nothing. I don’t know nothing, and I ain’t saying nothing.” Somehow I don’t see Aunt Bee saying this to Opie.

Ultimately, being a mother is a somewhat tragic thing. Mary, the mother of Christ, the embodiment of motherhood, is a prime example. She knew for Jesus to fulfill his role in life, she had to set him free, to turn him over to the world as a sacrifice. She had to deny herself her son because of her love for that son. Mary did what all good mothers do. While they love their children dearly, they understand that for their children to flourish, to fully realize who they are as individuals, they must set them free. Knowing that they cannot be with their children at all times to protect them, good mothers equip their children to succeed when they are not there.

Italians in general, and Sicilians in particular, have endured a difficult history; namely poverty, foreign invaders, and organized crime. Generations of Italian mothers have prepared their children for a harsh world. As I mentioned above, this attitude seems to be more among Italian mothers than in other groups. While this aspect of Italian motherhood may not necessarily be 'Disneyesque,' it is one of many things for which I am continually grateful.

On this Mother’s Day, we owe these wonderful women a special thanks. We owe them our gratitude for pushing us out of the nest so that we can take wing.

Tweet
More in this category: « The Legacy of Two Remarkable Men "Sissy" »