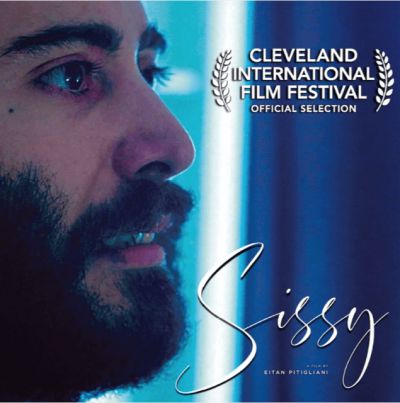 Il nuovo film del regista Eitan Pitigliani si chiama “Sissy”. Questo film è ispirato della sua storia personale, principalmente quando sua mamma è morta. Nel film, i personaggi maggiori sono Luca (interpretato da Vincenzo Vivenzio) e Sissy (interpretata da Dea Lanzaro). Il film è al cinema qui a Cleveland da aprile. The award-winning Writer/Director Eitan Pitigliani’s “Sissy” was inspired by his own personal story of losing his mother. This heart-wrenching tale shares the story of Luca (Vincenzo Vivenzio) and the young girl (Dea Lanzaro), played by a 7-year-old little girl, who was the one that saved the director’s life after his mother’s passing. “Sissy” is her debut screen role.
After his mother's death, Luca finds he has hit rock bottom. Living on the streets among the homeless, to somehow feel closer to her, he finally decides to go back home for his father's birthday where something magical just might happen.
Eitan Pitigliani studied at the prestigious London Film Academy, as well as The New York Film Academy. His first short film “In This Life,” was selected by several film festivals and received a letter of praise from the President of the Italian Republic, Giorgio Napolitano. His second short film “You Will Find Me” won the Golden Spike Award at the Giffoni Film Festival and was selected at numerous film festivals. In 2015 he released “Like a Butterfly,” which was produced in collaboration with Rai Cinema. It won more than 20 international awards and starred the multiple Golden Globe and Emmy Winner, Ed Asner. In 2018, Eitan directed “Insane Love,” which was produced by Paradise Pictures with Rai Cinema. This award-winning short film was selected for more than 50 film festivals. This talented director is now in preparation for his first feature film.
Produced by Martina Borzillo for Movi Production, “Sissy” was edited by two-time David di Donatello winner Marco Spoletini, the music was created by Israeli Television Award winner Avi Belleli, and the beautiful choreography was produced by Anna Cuocolo (who has worked alongside the great Pupi Avati on several films) and the stunning cinematography was created by Antonio De Rosa.
“Sissy” screened in Cleveland in April. The film is dedicated to his late mother, Caterina, for no matter how tough life can be on us, love is stronger than anything, even death, and our loved ones may still be with us, even if we don’t see them.