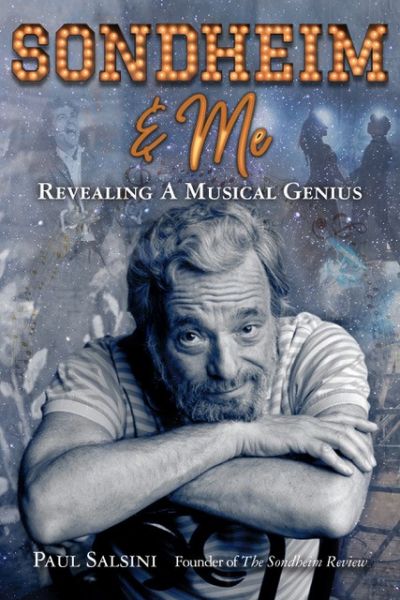 Besides his love for Tuscany, the setting for his novels, Salsini has long had an interest in musical theater, and in 1994 founded the magazine The Sondheim Review, devoted to Sondheim’s works. Sondheim wrote the lyrics for “West Side Story” and the music and lyrics for such landmark shows as “Company,” “Follies,” “A Little Night Music,” “Sweeney Todd,” “Into the Woods” and “Sunday in the Park with George.”

Salsini edited the magazine for ten years, and, in a cordial relationship, the two exchanged letters, notes, faxes and phone calls. Sondheim would give him news tips and sometimes correct (minor) errors.

After Sondheim died, at 91, last November, Salsini wrote the memoir “Sondheim & Me: Revealing a Musical Genius” which has been published by Bancroft Press. It includes the notes, excerpts from the magazine, color photos, hand-written lyrics, a lengthy chronology of Sondheim’s life and awards and much more.

Of special note, Sondheim’s last new show on Broadway was set in Italy. “Passion,” tells the story of how a young solder in Milan in the Risorgimento era is changed by the obsessive love of Fosca, his colonel's homely, ailing cousin.  Sondheim was inspired to write the musical after seeing Ettore Scola’s 1981 film “Passione d’Amore,” which had been adapted from Igninio Ugo Tarchetti’s 1869 novel “Fosca.” The musical won four Tony awards, including one for Best Musical.

There are also tributes from two prominent Italian Americans. Famous Broadway music director Paul Gemignani, the grandson of Italian immigrants, wrote the foreword, and National Public Radio commentator Bob Mondello, whose roots are in Naples, is quoted as saying that the book is “a trove of fascinating insights and unexpected details.”

The book is available at bookstores, Amazon and Barnes and Noble.

Tweet
More in this category: « Why is Italian Food So Good? A Mission East: Marco Polo and Matteo Ricci »