Molise: A Region of Special Beauty and Undiscovered Richness 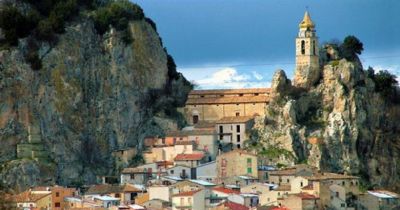 In his book “The History of Molise & Abruzzo Italy,” Giuseppe Ferrone describes Molise as “a sanctuary of peace and natural beauty, a land of unspoiled nature, stunningly diverse landscapes, amazing history and traditions, delicious local wine and food.” Ferrone’s quote is so important because it highlights so much beauty of an area considered by many to be a second-rate region in the Italian peninsula.

Many Italians, in fact, have never visited this area so close to them and know little about it. Some people are even unsure of its geographical location. In recent years, due to its small size and internal problems, it has even been bullied with the hashtag “Il Molise non esiste” (Molise does not exist), an absurd statement that ironically has helped turn the spotlight on it as never before. Undoubtedly, Molise has suffered, and continues to suffer, with many problems related to emigration, lack of political attention and unemployment, just to name a few. Despite all these enduring issues, it is a region of special beauty and undiscovered richness.

Molise is a quiet, humble region that lies in the Central Southern part of Italy just above the heel of the Italian boot. Measuring 4,400 square km, it represents the second smallest region, after Valle D’Aosta. It borders Abruzzo, Lazio, Puglia, and Campania, to the north, northeast, south, and southeast, respectively. In 1963, it separated from Abruzzo becoming the youngest region of the peninsula. It is crossed by the Apennine Mountains and therefore has many snow parks and skiing locations ideal for winter activities. Even though it is mainly mountainous, it is also comprised of beautiful beaches along the coastline of the Adriatic Sea. The best-known seaside spot is Termoli, nicknamed “the little jewel of the Molisan coast.”

Many do not know that Molise cherishes many delightful corners. Some examples are “Le Cascate di Carpinone” (The Carpinone Falls) and “Le Cascate del Volturno” (The Volturno Falls), beautiful locations of crystalline water, colorful flowers and luscious plants graciously designed by Mother Nature. It also includes natural reservations with splendid vegetation, ideal for those who like outdoor activities. Another site worth mentioning is the “Lake of Castel Vincenzo,” a gorgeous body of emerald water that offers its visitors fresh air and tranquility.

The Molise region also commands a rich and fascinating history. In the past, it was the territory of “I Sanniti” (The Samnites) a courageous tribe who Titus Livy applauded as “warriors who would rather fight and lose than not to try to win in any way possible.” These Molisan tribes are famous for having fought with the Romans until their last heartbeat for more than a half century, from 343 to 290 BC during the so-called Samnite wars. Molise contains many archaeological sites that, though not as famous as other ancient Italian structures, are a relevant testimony of the civilizations that once occupied this territory. Some of these are Altilia in Sepino, an ancient Roman city also referred to as “a small Pompeii” and the Teatro Sannitico in Pietrabbondante, a construction dating back to the fifth century B.C. Also noteworthy is The Abbey di San Vincenzo which, with its 800 square meters, represents the most extensive archeological site in Europe from the Middle Ages.

In addition to the two major cities Campobasso and Isernia, Molise is also studded by many picturesque medieval villages whose houses stand above hills overlooking breathtaking panoramas. These charming towns are tranquil little places with historic centers, stone-paved roads, cozy alleys adorned with flowers, and steep hills and staircases that will reshape your lower body better and faster than a Stairmaster at the gym. A lot of these small towns are classified among the most beautiful ones in Italy and even hold special recognitions. For instance, the town of Agnone (in the province of Isernia) represents the homeland of distinguished scholars and, for this is also known as “L’Atene del Sannio” (Athens of the Sannio). The village of Bagnoli del Trigno is otherwise referred to as “La perla del Molise” (The Pearl of Molise) for the spectacular layout of its dwellings embracing a huge rock around which they are built.

The Region of the Samnites is also a land with culinary specialties that whet the appetite. Many people are unaware that it is the region of cavatelli and crioli, noodles looking like shoelaces usually served with a tasty ragù and pecorino cheese. Within this region, one can savor the finest homemade cold cuts and cheese delicacies. Of the latter, the most symbolic is caciocavallo (literally cheese-horse), named the “King of the Molisan cheeses.” In addition to food, it is the exclusive regional producer of the Tintilia a savory, hearty red wine that not only cheers up the palate, but also teaches the story of the Bourbons who first introduced it here during the second half of the eighth century. This region will satisfy the sweet tooth with so many delicious pastries including ferratelle, commonly known in English as pizzelle and one of my favorites, pesche (literally peaches), a rosy bounty filled with custard cream.

The majestic architectural sites and tourist locations of other more commonly known regions have historically overshadowed this part of Italy. Yet, Molise, considered by some “the ghost region,” is very much alive. This humble land that once belonged to the valorous Samnites is a welcoming and peaceful region full of entertaining traditions, authentic food, fascinating historical areas, tranquil mountains, relaxing seaside locations, and picturesque landscapes all contributing to the charm of an area that, more than before, is getting the attention it deserves.

Tweet
More in this category: « Terni: The “Love City” of Umbria Calabria Treasures »