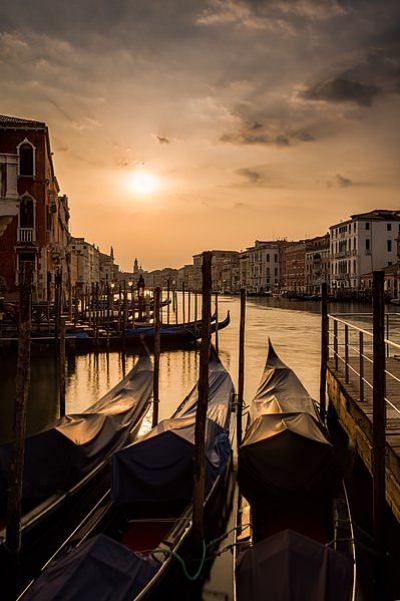 It is estimated that before the pandemic, 22 million (and up to 30 million) tourists arrived in Venice each year. Most spent just a day, disembarking from the enormous cruise ships that glide through the waters of the islands. Averaging about 60,000 a day – more than the population of the city – the visitors brought a financial windfall to Venice through businesses and jobs created to serve their needs.

The recent election in Venice was won by the incumbent mayor Luigi Brugnaro. Although many Venetians are extremely concerned about tourism, Brugnaro registered 54.1 percent to his closest competitor, Pier Paolo Baretta at 29.3 percent. The past few years have brought numerous calls for changes in Venice’s tourism industry, and numerous proposals have been discussed among government officials with some implemented. The restrictions imposed by the coronavirus impacted all and have given concerned residents more opportunities to address overtourism.

Through JoAnn Locktov, an advocate for Venice and editor of the “Dream of Venice” book series, I virtually met with Luisella Romeo, a member of the Association of Registered Tourist Guides in Venice, and Guido Moltedo, founder and editor of the Venice-based magazine ytali. I asked them, “What is the best course of action elected officials can take – keeping in mind residents’ concerns and the economy of Venice – in regard to sustainable tourism” and “how can Venice encourage visitors to stay more than one day?”

Both stated that the tourist industry needs to be regulated. Instead of sustainable tourism, Luisella uses the term “soft tourism” and suggested “creating a system to control how many people visit Venice per day obliging tour operators, travel agents and associations when planning for groups a visit in Venice to book, at no additional cost, their time.” She also suggested “a network of tour guides, organizations and others so that there can be a coordination among their projects,” adding “it would be nice that local governors would be present too,” and “a web portal in many languages addressing tourists planning their visit before they get to Venice and, very importantly, not just including Venice, but also the whole northern Adriatic coast cities.”

Guido mentioned the development of “several apps that can make a significant contribution to the regulation of tourist arrivals and flows in the city.” He notes: “The technical solutions, therefore, already exist; others even more advanced are in the planning. But there is still a lack of real political will, beyond the proclamations, to implement serious and effective measures for booking visits and containing arrivals.” Additionally, “The pressures from the powerful categories and lobbies of the tourism industry are very strong. All the stronger because there seem to be no viable economic alternatives in sight nor credible projects of a more diversified economy, in which tourism can also continue to be the main protagonist, but not the only one.”

Recent articles about tourism in Venice have mentioned developing the city into an art and research center on an international level, attracting people to live and work there. Considering the history and culture of Venice, the proposal is viable, but it would need to be a collaborative effort with local and possibly national government officials, as well as involving universities and business institutions.

Is it important for tourists to stay more than one day? Luisella replied: “As for staying longer than one day, there is nothing wrong if you come for a day…I remember a group of Bulgarians that could not afford spending a night in Venice. They travelled all night long and for one day on a bus. When reaching Venice though, in one day, they visited more museums than anyone staying in 5-star hotels for three days…And you should have listened to their questions, they were amazing.”

Guido’s response: “A longer visit to Venice and therefore not concentrated only on the most popular tourist destinations – San Marco, Rialto, Accademia, Murano, Burano – is not only possible but highly recommended. Spending several days in Venice means fully realizing that you are in a real city, not in a historic center, much less in a theme park. The city of Venice, the Regione Veneto, AVA (hoteliers), the numerous local cultural institutions should promote the many lesser known aspects of the city, while they tend to invest money and effort mainly in large events, such as the Carnival, the Historical Regatta, the Biennale. These events deserve to be supported but in a smarter and larger perspective, also as occasions for informing visitors during their stay of the variety of places they can see and enjoy, in parts of the city that are usually separate, islands such as Pellestrina, a very thin spit of land that acts as a barrier between the lagoon and the sea. Or Sant'Erasmo, a huge island devoted to agriculture.”

Guido continued, “Moreover, there should be incentives for visitors who intend to visit Venice and stay for at least three days. With discounts not only on the vaporetto and in museums but in restaurants and hotels, especially out of season, in winter when Venice – populated almost exclusively by her inhabitants – has a particular charm that can conquer the visitor who wishes to savor the most authentic reality of the city.”

Tweet
More in this category: « Cinecittà: Hollywood on the Tiber Little Italy of Staten Island »