Life as a Roman 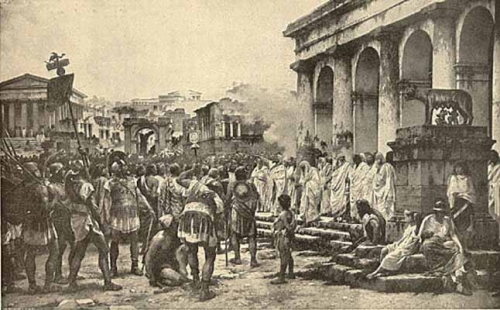 Life as a Roman

After having studied abroad in Rome, at John Cabot University in Trastevere, during my junior year at John Carroll University in Cleveland, I knew I wanted to go back to Rome. The desire to return partly had to do with the fact that my fresh, new Art History degree did not bring many professional opportunities with it, but most of it was because I had fallen in love with Rome.

I still think of the time I spent in Rome as magical. Sure, being away from family in Pittsburgh, while I was going to John Carroll was growth experience, but being in a different country, not knowing a single person presented a whole new facet to growing up, being independent and discovering myself and the world. The piazzas, the museums, the cobblestone streets, the food, the culture, the art, the people, my huge apartment in Monteverde, being able to travel easily all around Europe-all of this contributed to my desire, or need actually, to somehow get back to Rome.

I did get back to Rome, and almost 8 years later, I'm still here. After quickly learning that finding a job in a country that has one of the highest unemployment rates in Europe was not as easy as just popping into your local McDonalds and asking for an application, I did eventually find work.

Unfortunately for me, though, teaching English as a second language paid a meager salary, and so that parent-funded big apartment on the hill was replaced with a shared room in a college flat near the Tiburtina station. The bus pass that had come with my study-abroad package now had to come out of my paycheck, and the IRA I started at 18 was all but forgotten.

One of the biggest surprises to me was how hard it is to find a good job here, and how badly people are paid. I was also surprised because I expected that (as they are always portrayed) the Italians would be lazy, coffee drinking slacks, but the truth of the matter is that if you want to have a good life in Rome, you have to hustle and work hard. While it's true that incompetence is taken to a new level here, most of the people I know work hard and don't get all that much for it.

Not all of my expectations were met with negatives deviations. I've discovered a culture and a people that are some of the most generous and hospitable that I've ever met. I've learned the meaning of standing up for myself and fighting for what I want, because here, if you don't, no one is going to help you. Getting married to an Italian, I learned that many women here don't take their husbands last names, something that I found to be strangely progressive in an otherwise very traditional society.

Ah yes, I got married to an Italian! My Dad said I was going to come to Italy and be swept off my feet by a handsome Italian, and it turns out he was right! My husband Francesco is not Roman, but Sardinian (heck, he might even tell you he's Sardinian, not Italian!) and his culture and island have been another font of discovery for me (that's for another article, though!). Although I still do some English lessons, our main focus now is on growing the Sardinian restaurant that Francesco runs.

It's true that after falling enough in love with Rome to move my life here, I ended up discovering aspects of it that I would have never imagined. Some days there are moments in which the frustration, anger and difficulty of living in a place like this leave me exhausted and wondering why anyone would ever want to live here, but there are also moments like being present at the Pope's election, being able to have a sunset champagne aperitivo in Piazza Navona on a whim, or turning the corner and finding that there is a fashion show happening on the steps of Piazza di Spagna that render Rome, and life here, magical and leave me wondering how I am lucky enough to live a place like this.

When in Rome... if you'd like to visit Sally, stop by her husband's restaurant, Ristorante Eleonora D'Arborea, located at Corso Trieste 23, Roma.

Tweet
More in this category: « A Wedding in Puglia as seen by an Italian American Planning Your Wedding In Italy »