An Italian American Star from Hoboken 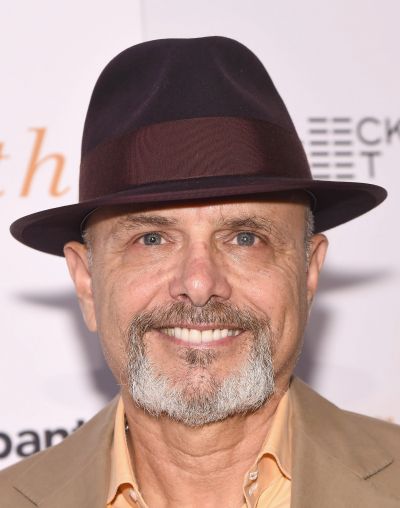 Hoboken was not only the birthplace of Italian American crooners Jimmy Roselli and Frank Sinatra. Italian American actor Joe Pantoliano was also born in the northern New Jersey town. Pantoliano is a phenomenal actor, who is perhaps best known for playing the hoodlum Guido in “Risky Business,” Francis Fratelli in “The Goonies,” Bob in “La Bamba,” Deputy U.S. Marshall Cosmo Renfro in “The Fugitive,” Cypher in “The Matrix,” and the mysterious mobster Ralph Cifaretto in “The Sopranos.”

Joe was born on September 12, 1951. His parents were Domenico and Mary (née Centrella) Pantoliano. Domenico worked as a hearse driver and construction worker. While growing up poor, young Joe's pals gave him the nickname Joey Pants. Pantoliano's parents separated several times and the family was on welfare a few times when he was a child.

When he was 15, the Pantoliano family moved to Cliffside Park, NJ. After graduating from Cliffside Park High School, he started studying to be an actor at HB Studio in Manhattan.

After five years in Manhattan that included auditions, acting classes and waiting tables at a restaurant, he made his first film appearance in the 1974 film “Road Movie,” but his breakout performance was the 1983 film “Risky Business.”

Pantoliano is known to be a wine fanatic and cigar aficionado who occasionally likes to golf to relieve depression, which he has struggled with since he was a teenager. In 1992, he started dating actress Nancy Sheppard. Joe and Nancy wed two years later. They have four children together.

Pantoliano starred in the 2019 film “From the Vine.” In the film, he played Marco Gentile, a hard-working man who decided to leave his job and move his family to sunny Italy to revive his grandfather's vineyard in Basilicata.

Tweet
More in this category: « Italian Women Taking the Lead On the Cover: The Processione dei Misteri di Trapani »