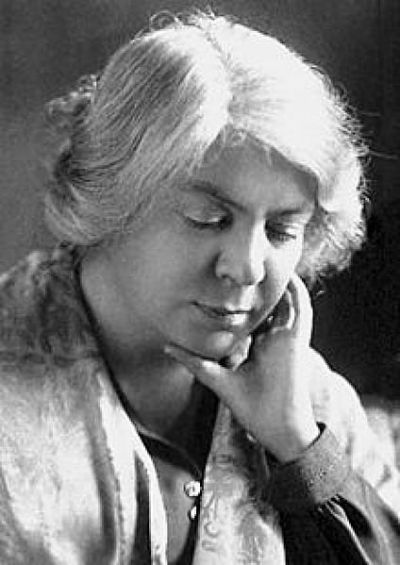 In expressing their thoughts on paper, Veronica Gambara, Vittoria Colonna and Grazia Deledda brought the intimacy of their worlds into public view. Two wrote during the Renaissance, one wrote during the early years of Italy as an independent nation.

In 1509, Veronica Gambara entered an arranged marriage with her widowed cousin, the Count of Correggio (region of Emilia-Romagna). Although he was twice her age, they were well-suited and Gambara wrote many love sonnets to her husband. Nine years later, the Count died and Gambara became the Countess of Correggio. Distraught by his death, she showed her sorrow in her writing, and in taking an active role in government, her poems became political.

She wrote letters to the leaders of neighboring regions and in overseeing the military defense of Correggio, she switched alliances from Francis I, King of France, to the Holy Roman Emperor Charles V. Shortly after his coronation, Charles visited Gambara in Correggio and she enlisted his financial aid in fortifying the walls surrounding the city.

Respected for her work and a patron of the arts, Gambara wrote to leading poets and scholars, many who would visit her in Correggio. In her later years, Gambara wrote about her desire to be at home, enjoying her books and the solitude of her garden. Most of her writings were private, but several books have been published. Gambara’s collection of works currently includes around 80 poems and 150 letters, providing a view into the cultural and political environment of Italy in the early 16th century.

Vittoria Colonna was the daughter of a count and a general, Fabrizio Colonna, cited throughout Machiavelli’s “The Art of War” for his knowledge on military strategy. She was a toddler when her marriage was arranged to Fernando Francesco d’Avalos, the Marquis of Pescara (region of Abruzzo). In 1509, when she was 19, they were married.

The Marquis was a condottiero – a professional commander – of armies and for most of the marriage he was away at war, leaving Colonna, the Marchesa of Pescara, on her own for long stretches of time. She stayed in Ischia with her husband’s aunt where numerous scholars, noblemen, artists, and other visitors to the family estate were the source of lively discussions.

When the Marquis died in 1525, Colonna began writing poems about lost love and spirituality. Her title of Marchesa, her wealth and independence, her devotion to her dead husband, and the nature of her poems attracted interest from both men and women. Her humanistic views led to her involvement in the Reformist movement seeking change in the Catholic Church.

Colonna is the first woman to have her poetry published in Italy. Her earliest was a sonnet, printed in 1538. The following year her book, “Rime de la Divina Vittoria Colonna Marchesa di Pescara,” was published – a collection of almost 400 poems about love, life and faith.

Deeply influenced by the people and the culture of her hometown of Nuoro (region of Sardegna), Grazia Deledda began writing at a young age – her first story was published in a fashion magazine in the mid-1880s when she was in her teens. Deledda wrote about the farmers, shepherds, craftspeople, and villagers, the social rituals, local legends and superstitions in stories of difficult lives, tragic love and predetermined fate, set in the rugged countryside of Sardegna.

After her first story, “Sangue Sardo” (Sardinian Blood), was published, the tale of a love triangle infuriated the conservative town and she was ridiculed, along with her family. Her parents did not support her writing, but Deledda was encouraged by the editor of the magazine and continued to send stories that were published under a pseudonym.

Her subsequent works focused more on the stark realities of life in Sardegna – tragedy, passion, society, and religion are central topics – during the end of the 19th century. The animals that inhabited the island were also a recurring theme and her connection to animals is told through a series of stories, some from their point of view, and exhibits her understanding of life and its challenges experienced through other forms.

Deledda won the Nobel Prize for Literature in 1926, the first Italian woman recipient of the award, honored “for her idealistically inspired writings which with plastic clarity picture the life on her native island and with depth and sympathy deal with human problems in general.”

March is Women’s History Month and March 8 is International Women’s Day, a day to reflect on the accomplishments of all women. Italian women have been long recognized within their social, professional and political circles in Italy. The focus on women’s achievements provides them with a worldwide audience.

For biographies and selected resources of these and other exceptional women of Italian heritage, visit the website of the Italian Historical Society of America at www.italianhistorical.org/index.html.

Tweet
More in this category: « A Look Back: Springtime in Tuscany An Italian American Star from Hoboken »