The Life of Richard Crenna 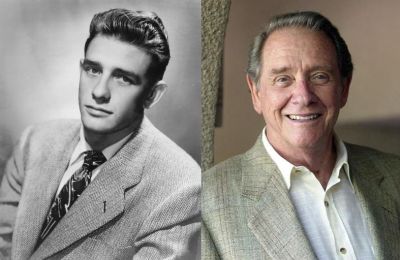 Italian American actor Richard Crenna was cast in so many Irish American roles that most moviegoers and television viewers believed the actor to be of northern European descent. His life began in the Westlake neighborhood of Los Angeles, on November 30, 1926. His father, Domenico Anthony Crenna, was born in L.A. to Italian parents from the region of Lombardy. Domenico worked as a pharmacist. Richard's mother managed a small, family-owned hotel in downtown L.A. Born and raised in Utah, she was born Edith Polette to Italian parents from the region of Tuscany.

While attending Virgil Junior High School on Vermont Avenue in L.A., Crenna took drama classes because he wanted to be around some beautiful girls. In 1937, he ended up with an acting role on radio, playing Herman on the L.A. radio show “Boy Scout Jamboree.” After junior high, he attended Belmont High School, where he gained popularity as a gifted basketball player. In 1944, he enrolled at the University of Southern California. In 1948, Crenna began playing the role of Walter Denton in “Our Miss Brooks,” starring Eve Arden. When the radio show transferred to television in 1952, Arden asked Crenna to come along and Crenna agreed.

In 1957, Crenna starred in “The Real McCoys” as Luke McCoy, the grandson of a farmer from Virginia who moved the family to California. The show lasted for six seasons. In 1958, he met Penni Sweeney and married her the following year. Even though he had a popular role on “The Real McCoys,” his most memorable role was playing Colonel Trautman in the film “Rambo” which starred Sylvester Stallone as Rambo, a Vietnam veteran who took revenge against some crooked police officers in a small town.

On January 17, 2003, Crenna died of heart failure while hospitalized for pancreatic cancer. He was 75.

Tweet
More in this category: « A Look Back: The Sweet Carnival in Venice The Thunderous Calabrian »