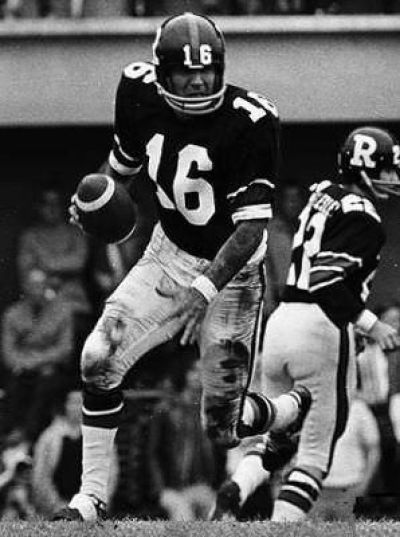 Outstanding high school athletes frequently possess the tools of stardom in more than one sport, but the Great Buffalo Sports Hall of Fame features more than a few multi-sport notables. Even among the crowd, certain athletes stand out, including a player widely considered to be the best local three-sport athlete ever produced on the high school level in Western New York (WNY), Rick Cassata.

A product of Buffalo’s Lower West Side, Cassata was schooled by the old-time Italian kids, most of whom were older. Those Italian kids soon recognized that the younger “Rico” was an unusually strong competitor with overly-muscular thighs and a great arm. Rico was hit harder and punished more by those older kids because they knew he could take it, and they knew they were making him better by the week. Cassata played many grueling football games at the south end of Busti Ave. on the Lower West Side getting intentionally roughed up more than the other players. Uncommonly determined, young Cassata would get up again and again. He was inspired to throw, run and catch with the grit and determination of a champion.

The Cassata family moved to Tonawanda where Rick displayed athletic greatness at Tonawanda High School in eighth and ninth grades. A strong-armed quarterback, Cassata achieved All-Niagara Frontier League (NFL) honors as a junior in 1962 and added All-WNY and All-American citations in 1963. Cassata paced the Red Warriors to a share of the NFL title in 1962 and later to an undefeated championship season in 1963.

Basketball and baseball provided additional showcases for Cassata’s athletic talents. He led his basketball team to an AAA Sectional championship in 1962 and a year later achieved All-NFL status as a forward.

Cassata’s contributions were recognized with selection to the NFL All-Decade team for the 1960s. He was no less a terror on the diamond; the hard-hitting, hard-throwing, shortstop and pitcher won an NFL batting title in 1963 and All-NFL and All-WNY honors in 1964.

During his senior year at Tonawanda High School, football scouts from Miami University and Notre Dame came calling but Cassata decided to stay close to home by choosing Syracuse University.

With Cassata and NFL hall of famers Larry Csonka and Floyd Little in the backfield, the mid-1960s was a golden gridiron era for the Orangemen and bowl appearances capped off each of Cassata’s last two seasons in college. Although the 1966 Gator Bowl featured a fine performance from Cassata, he saved his best for last. In a memorable 1967 clash in the Hula Bowl, before a nationwide audience, Cassata soundly outplayed his counterpart, UCLA quarterback and Heisman Trophy winner Gary Beban, capturing the game’s MVP award.

Cassata also captained the Syracuse Orangemen his senior year and faced another fork in the road after graduation as scouts from the New York Yankees and Washington Senators crowded pro football scouts on his doorstep. Instead, Cassata opted for the Canadian Football League. Cassata flourished as a quarterback in the wide-open CFL and had a stellar nine-year career north of the border.

An athlete with tremendous ability, Cassata signed with the Hawaiians of the Word Football League (WFL) in 1975. Cassata was a scrambler who liked to take off with the ball, he had an excellent arm and was a great leader on the field. Future NFL running backs Calvin Hill and Duane Thomas played with Cassata during his time with the Hawaiians.

In his football career, Cassata completed 8,365 yards and 39 touchdowns. He was inducted into the Buffalo, Tonawanda and Ottawa Halls of Fame.

In 1984, Cassata purchased what is now known as the Sawyer Creek Hotel in North Tonawanda. Rick Cassata has since retired and his son, Brett, runs the restaurant and bar, creating a North Tonawanda dining mainstay and area landmark.

Tweet
More in this category: « Lou's On First A Look Back: Christmastime »