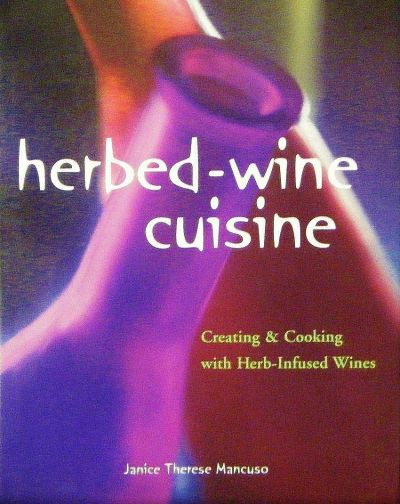 Francesca Mignosa (FM): Your last name, Mancuso, is traditionally a Sicilian last name. Your father was originally from Trapani in Sicily and your maternal grandfather from the Napoli area. How did your Southern Italian origins influence your passion for all things Italian?

Janice Therese Mancuso (JTM): My father’s family had a strong influence on my early life. They lived in a three-story brownstone in Brooklyn and I have many fond memories of all the relatives gathering there on holidays and other celebrations. With so many people, it was a little chaotic, but the joy in just being together was comforting. And, of course, the food was wonderful. The dishes my grandmother brought to the table were never-ending. On the stove, a huge pot of tomato sauce was always simmering, and my siblings and I preferred the braciole and meatballs to the scungilli, calamari, octopus, and eels.

My mother’s father immigrated from Laurito (province of Salerno) to NY. Of all my relatives, he was my favorite – so kind and gentle. I never heard him raise his voice or argue with anyone. He was also a strong influence. On my mother’s side, the family gatherings were not as large and more subdued. My grandparents lived in Brooklyn and had a summer home on the south shore of Long Island, midway between Brooklyn and Montauk. The house was bordered by flowers in the front and a vegetable garden in the back. Being in the garden with my grandfather was always the highlight of my visits. He grew everything, but I most remember the tall stalks of corn and the bushels of tomatoes, both still favorites. We would walk through the cornstalks to the canal that edged the garden and I would watch as he pulled up a crab trap and transferred the crabs into a bucket. He let me carry the bucket into the kitchen where I would hand it to my grandmother. Hours later, we would have crabs cooked in tomato sauce.

The love of family, some old-world traditions, the beauty of nature, and enjoying home-cooked meals were all part of my childhood. I remember thinking – when I was about 10 – how wonderful it was to be Italian.

Growing up, though, I took “being Italian” for granted. It was part of my identity, but I didn’t strongly identify with my Italian heritage. It wasn’t until I moved south that I missed the ethnicity of Long Island and my Italian roots. With so many northern transplants, the area had an Italian American women’s club. I joined and started a newsletter, adding tidbits of Italian history. That Christmas, I received a gift from three members – mother, daughter and granddaughter – the book “Italians First!” by Arturo Barone. I was amazed to learn all that Italians had accomplished, wondered why it wasn’t widely known, and decided to spread the word.

FM: In your book “Con Amore,” a love story with Italy and also Italian cuisine, you included recipes. Were these inspired from your childhood?

JTM: Three recipes were adapted directly from family favorites – Crushed Olives, Manicotti Torta and Beef Rolls with Coffee Ragu. The other recipes have a distant connection to meals prepared over the years. On Sundays, my parents made gravy. I also have fond memories of the struffoli my paternal grandmother made every Christmas. The tiny balls of fried dough were formed into a perfectly shaped tree and decorated with sprinkles.

FM: Were you ever trained as a Chef?

JTM: My training was cooking at home. The dishes I ordered in restaurants were recreated in my kitchen and I cooked many meals and desserts for holidays, parties and other gatherings. I was asked to cater parties and for a while during holidays, I baked hundreds of cookies – including the delicious (and time-consuming) Venetians – that became a side business.

After I moved south, I started a catering business. At the time I was also teaching floral design and submitted a book proposal about design techniques to a publishing house. It was not accepted, but in the proposal, I included a press release about recipes I developed with locally made herbal wines and I was asked to write a book of recipes for cooking with herbed wine. I created the flavored wines and developed the recipes for “Herbed-Wine Cuisine.” After it was published, I started developing recipes for numerous specialty food producers throughout the U.S., conducted seminars and cooking demonstrations and began teaching cooking courses at a community college. I also appeared on the Food Network.

FM: You are also the founder of a few fascinating educational projects: Italian American Press, Italian American Heritage Project, Thirty-One Days of Italian, and Tutto Italiano. Why were you inspired to initiate each of these?

I had intended to include much more about Italian culture in “Con Amore,” but I couldn’t fit it into the storyline. So, in 2004, I started my e-newsletter “Tutto Italiano,” about all things Italian. With more research, I learned about the remarkable men and women of Italian heritage who had contributed so much to America and wondered why they were not well-known. In 2006, I founded Thirty-One Days of Italians to celebrate them during the 31 days of October, Italian American Heritage Month.

In 2011, Ralph Ferraro, founder of the Italian American Press, a great collection of self-published books, transferred ownership to me. Last year, with startup funding by the Italian Historical Society of America, I developed the Italian American Heritage Project. It’s a work-in-progress and the topics and articles provide information and resources that counterbalance negative Italian stereotypes and the dissension against Columbus.

FM: Where can our readers find your work?

Readers can purchase “Herbed Wine Cuisine” in hardcover for a special price of $18 including shipping. The first five orders will receive “The Wines of Italy,” a beautiful full-color book published in 2006 by the Italian Trade Commission. Contact me at This email address is being protected from spambots. You need JavaScript enabled to view it. for details. Currently “Con Amore” is only available as an e-book athttps://www.smashwords.com/books/view/88866.

View the embedded image gallery online at:
https://www.lagazzettaitaliana.com/people/9115-meet-the-author-janice-therese-mancuso#sigProIdd98e44dcd6
Tweet
More in this category: « About the Author: Elena Ferrante June Birthdays »