About the Author: Elena Ferrante 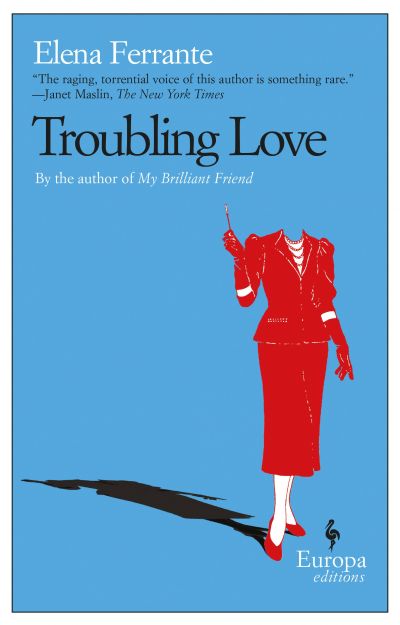 Elena Ferrante’s first book, “Troubling Love,” which dealt with the complicated relationships between mothers and daughters, was published in 1992. The New York Times said of her writing, "the raging, torrential voice of the author is something rare." Despite such a warm reception, she disappeared – not publishing anything for 10 years. We did not see her again until 2002 when she published “Days of Abandonment” which was followed with “The lost Daughter” in 2006. Then, between 2011 and 2014, she published “The Neapolitan Novels.”

Ferrante’s work is an important contribution to Italian literature, a woman’s voice ringing out above the cacophony of male voices that dominate literature today, especially Italian literature. “The Neapolitan Novels” follow the intertwined lives of two girls from childhood to old age, examining the dynamics of female friendships in a male-dominated culture. It is, however, so much more than a “buddy book,” a work focusing on friendship. It is the story of how two women seek to transcend the centuries-old cultural bonds of gender, family and community in order to fully realize their own selves.

Now one would think that an author that is so well-regarded would bask in the limelight of their fame, from late-night talk show interviews to posing on the red carpet. Yet, this is not the case. The author herself is a mystery.

Ferrante stands apart in this interconnected, social media-driven world. Authors today are told that it is not enough to just write well. We must self-promote. We must tweet. We must post on all the social media outlets and respond to posts, multiple times a day. We must brand ourselves as a product, building a brand’s loyal customer base. Ferrante flouts this convention. She is anonymous, unknown. Even her name is an acronym. The few interviews she has given were in writing, exchanged through her publisher. Although some have claimed to have discovered her identity, it has never been proven. So, when I say that I sort of discovered her, I only discovered her negative space, the outline of the unknown, which is basically all that anyone knows of her.

Ferrante’s anonymity demonstrates an important understanding of literature. As she has said; “once I knew that the completed book would make its way in the world without me, once I knew that nothing of the concrete, physical me would ever appear beside the volume – as if the book were a little dog and I was its master – it made me see something new about writing. I felt as though I had released the word from myself.” There is a distinction between the novel and the novelist, the created and the creator. Too often, based on a particular book, we assume a false familiarity of an author, that we have some insight into who they are. Worse yet, we interpret a particular work in light of who we assume an author to be. When the author is unknown, we must interpret and judge the work on its own strengths and weaknesses. This is the case with Ferrante, we cannot be distracted by an unknown author.

When speaking on Italian and Italian American culture, I make the point that our culture is not a static thing. Our culture is not about simply what is past, but it is also about the future. Just as there was Dante, Petrarch and Boccaccio in the past, there is today Umberto Ecco, Italo Calvino, and Elena Ferrante.