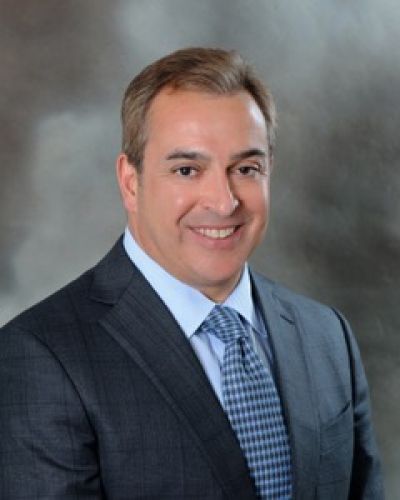 This is the first of a bi-monthly column that will highlight key Italian-Americans in the Cleveland business community, both men and women who are making an impact in their industries while proudly representing Cleveland’s Italian community. To start, I spoke with a Cleveland native who is currently making headlines in the real estate world: Frank Sinito, CEO of The Millennia Companies.

Although he may be the new owner of downtown Cleveland’s Key Center, CEO of The Millennia Companies and a vetted Cleveland restauranteur, Sinito is proud to say he eats every dinner at home with family. “And it’s not because we’re restauranteurs. It’s because we’re Italian.”

He attributes his love of food and strong sense of tradition to his Italian grandparents. Growing up, Sinito spent weekends throughout his childhood with his father’s Sicilian parents where food was the center of the family.

“Every dinner was an event, every meal complete,” says Sinito. “It built an appreciation for spending weekends with grandparents, and those traditions are still in our house today.” Frank and his wife Malisse continue to celebrate their Italian heritage through food and family, with garden-grown vegetables and Sunday dinners with their four children.

The Sinito’s are the owners of LockKeepers, the fine Italian dining fix of Cuyahoga Valley that has been open since 1992. However, Sinito’s start in the restaurant business began far from fine dining, in the River Pub where he worked to put himself through college at Cleveland State University. Over the years, Sinito bought shares in the pub and eventually came into ownership while simultaneously pursuing a real estate career.

“I did a study on subsidized housing during school, and it really appealed to me that I could impact people in that way,” says Sinito. After receiving a degree in Economics with a minor in Finance, he delved further into this market, leading him to purchase his first property in 1985. The building was a 14-unit subsidized living community in Lakewood, supporting people with disabilities.

“I loved the social mission of it and decided this is what I wanted to pursue.”

After more regional investments in affordable housing, Sinito formed The Millennia Companies in 1995. Throughout that time, Sinito’s Italian-American heritage fueled the understanding of family needs, continuing his real-estate focus on giving homes to families, the elderly and the disabled.

“For every 10 properties I owned, only two would be market rate housing. The passion never left me for providing a house for the least of the least,” says Sinito. “Millennia prides itself on elevating the standard of Section 8 housing. I always ask myself, ‘Would I live in the apartment homes I’ve created?’.”

Sinito also sees his Italian family as the driver behind his enduring faith. He is the founding Board Member as well as Chairman of the Board for True Freedom Ministries, a non-profit organization focusing on ministering incarcerated individuals in Ohio.

Throughout the life of the company, Millennia has expanded into over 20 states and currently holds over 1,000 housing units in the City of Cleveland alone. However, with many opportunities to move headquarters outside of the region, Sinito maintains that Cleveland will always be Millennia’s home.

This statement has been solidified with recent news that The Millennia Companies will be making a new home in the heart of downtown Cleveland at their newly purchased Key Center. After acquiring the Garfield Building three years ago, “I really became intrigued with downtown and wanted to move my company there.”

But that desire proved difficult to come to fruition. As Sinito puts it, “When I became interested in downtown, we looked at every building. We also looked at suburban locations, but they weren’t as appealing.”

Frank also spoke about the prospect of his children joining Millennia in the future, saying, “If my kids want to work where they live, and they want to live downtown, then that’s where we want to relocate.”

Millennia Companies will move into their new headquarters at Key Tower by July. From there, Sinito has big plans for the iconic downtown structure. “We’re really going to breathe new life into the building and make it like nothing in the city.”

Millennia has revealed plans for their complete renovation of the outdoor plaza as well as the tower’s lobby area. Never straying far from their Italian roots, Frank and Malisse’s love for food is the fuel to the major culinary upgrades in the complex. The team has plans to transform the former Club at Key Center’s banquet space into the St. Clair Ballroom, and the former David’s restaurant into an Italian fine dining hot spot called Il Venetian.

The Sinito’s are also behind the much-anticipated Marble Room Steak and Raw Bar in downtown Cleveland, set to open in the summer of 2017. This new dining venture will be a spotlight in The Millennia Companies renovation of the historic Garfield Building in the heart of downtown’s Euclid corridor. A spin-off Sushi concept will be located in the lobby of Key Tower, serving as an eatery for employees and visitors alike.

“It’s all very personal, with me moving my company there. I continuously ask myself ‘What do I want my employees to experience?’ and ‘What do the tenants,’ most of whom are my friends, ‘want to experience?’.”

Although Key Center is the prize piece to Millennia’s portfolio to date, Sinito plans to continue his work with their dedication to affordable, multi-family housing. “We will be busy with Key Center for the foreseeable future, but our focus will remain to providing housing to those in need of safe, sanitary housing that our residents are proud to call home.”