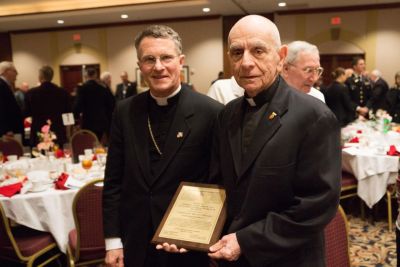 He was ordained to the priesthood for service to the Diocese of Cleveland on Dec. 18, 1954, in the Cathedral of Saint John the Evangelist by Archbishop Edward F. Hoban.

Father Piskura received permission on July 8, 1963 to serve as a chaplain in the United States Army, which he did for 30 years. On March 3, 1993, he was assigned as parochial vicar of St. Margaret Mary Parish in South Euclid.

Father Piskura was released from diocesan assignment and given permission to accept assignment as a chaplain with the U.S. Army on June 20, 1995, serving for another five years, until he retired on Aug. 1, 2000.

Those who knew him said he loved being a priest, loved his country and was proud to serve as an Army chaplain for many years.

In retirement, he generously offered his priestly ministry to anyone in need providing supply help and hearing confessions throughout the diocese.

according to those who knew him.