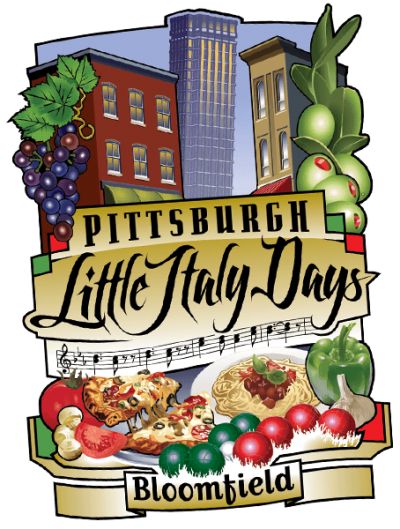 Little Italy Days started in 2002 to celebrate Bloomfield’s Italian heritage, and create a destination spot for Italian-themed entertainment and food. The event has grown through the years and is now lasts four days.

Sal Richetti, who was born and raised in Bloomfield has produced the event since 2012. Sal grew up in Bloomfield, attended Immaculate Conception grade school and Central Catholic High School. He is a local musician who has been performing for over 30 years in the tri-state area, and is the owner of Big Day Entertainment, located in the Strip District, since 1995. He is no stranger to the festival, having booked the entertainment in previous years. In 2013 he expanded it to four days. Previously, the event was always held in September, since 2013 it has mooved to August. “I wanted to give vendors more opportunity with the longer daylight, additionally; there is less chance of cold weather”

“I am excited and honored to produce this community oriented event in the community where I was born and raised. I want to be able to produce Little Italy Days so the businesses can benefit from the large crowds and everyone else including residents, organizations, schools and churches can become involved.”