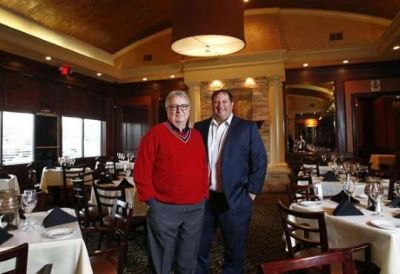 Columbus, OH. La Scala Italian Bistro and Vittoria Prime Italian Steakhouse will go on without their owner, William Lalli, who died Sunday from complications of COVID-19. He was 67. “Everything is going to remain open, just like he would have wanted,” son and partner Nick Lalli said.

Lalli was a founding chef at La Scala, which opened in 1972 at 4199 W. Dublin-Granville Road in Dublin. He later purchased the restaurant and was sole proprietor until his death. Last year, he and his son bought Vittoria Ristorante & Bar, 10241 Sawmill Parkway in Powell and renamed it Vittoria Prime Italian Steakhouse to reflect a new menu.

Known to most by his nickname, Willi, Lalli was a loyal employee of Benny Ciotola, the colorful owner of the La Scala, which he founded with Richard Corna. Lalli left an indelible mark on the Dublin dining scene and employees who worked for him. “He left a lasting impression, that’s for sure,” Nick Lalli said.

Nick Lalli said his father fell ill June 21 and his symptoms grew worse. The next day, his wife, Lela, called an ambulance to take him to Riverside OhioHealth Riverside Hospital, where he stayed until he succumbed to the illness. “I ask everyone to please take this pandemic seriously and wear your masks,” Lela Lalli wrote in her husband’s obituary. “Willi did all those things but yet still contracted it. Every day is a blessing, and tell your loved ones how much they mean to you.”

Nick Lalli said that the restaurants are in the good hands of veteran chefs who worked for his father for decades. He added that in recent years his father had moved away from daily duties in the kitchen and taken on a more managerial role.

Services for Lalli were heldThursday, July 16.

This article first appeared on www.dispatch.com.