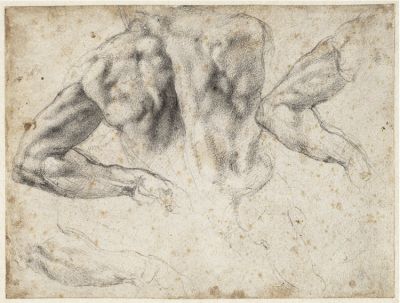 Celebrating the genius that is Michelangelo, the art museum is hosting  numerous events from now until January  2020 highlighting the artistic master's work in creative and fun ways to appeal to audiences of all ages.

"Michelangelo: Mind of the Master" is the entire exhibit open now until January 5, 2020. The exhibition includes masterpieces formerly in the collection of Queen Christina of Sweden (1626–1689) on loan from the Teylers Museum, the Netherlands, many of which have never been shown in the U.S.

In addition to the exhibit, guests can experience Michelangelo in  other mediums:

The Agony and the Ecstasy:

Michelangelo clashes with Pope Julius II over the painting of the Sistine Chapel ceiling in this lavish historical drama based on Irving Stone’s novel and directed by Carol Reed. (USA/Italy, 1965, color, Bluray, 138 min.)

The works of Michelangelo (1475–1564) remain an enduring source of awe and fascination more than 500 years after his death. Authored by Emily Peters, curator of prints and drawings at the Cleveland Museum of Art and Julian Brooks, senior curator of drawings at the J. Paul Getty Museum, Los Angeles, "Michelangelo: Mind of the Master" offers a new context for understanding the drawings of one of art history’s greatest visionaries. Through a group of drawings held, since 1793, in the Teylers Museum, Haarlem, and once in the eminent collection of Queen Christina of Sweden (1626– 1689), this book sheds new light on Michelangelo’s inventive preparations for his most important and groundbreaking commissions in the realms of painting, sculpture and architecture. Among other works, the volume features preliminary designs for some of the artist’s best-known projects, including the Sistine Chapel ceiling and the Medici Chapel tombs, focusing on the role of drawing in Michelangelo’s mastery of the human form. Essays in the volume further explore the history and fate of Michelangelo’s drawings during his life, and the role of Queen Christina and her heirs in amassing a group of drawings that are among the best preserved by the master today.

"Michelangelo: Mind of the Master" is available at the Cleveland Museum of Art’s store for $40 (hardcover).

Tweet
More in this category: « Calling Local Writers! LGI's calendar - things to do »