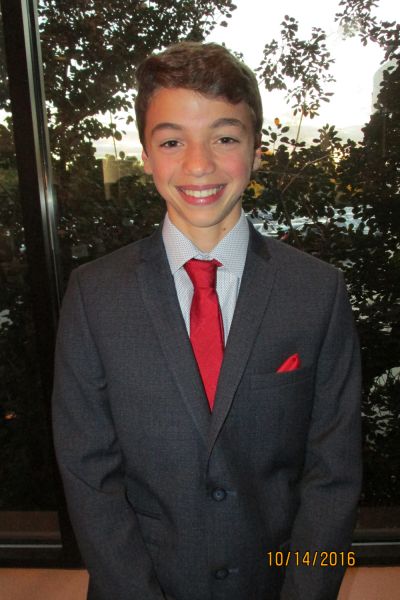 There was overwhelming support for the 2016 Dominic’s Dream World Series dinner and auction event on October 13 at Executive Caterers at Landerhaven in Mayfield Heights. Pinching in to hit the Hemophilia blood disorder out of the park with the continued love and support of The Sylvia and Heath Oliver Foundation, 380 clean-up batters jammed the Grand Ballroom and clouted over $100,000 to add on to a previous $300,000 to endow a Research Chair for hemophilia and other rare blood disorders.

Support for Dominic’s Dream Event brings Dominic and others close to their quest in finding relief, better treatments and, hopefully, one day a cure for everyone with hemophilia and other rare blood disorders.

From the sponsors and roster committee, thanks to one and all as the Dominic’s Dream Team came to bat and slugged one out of the park.

Tweet
More in this category: « Fr. Jim Ragnoni His Zucchini is Bigger Than a Baseball Bat! »