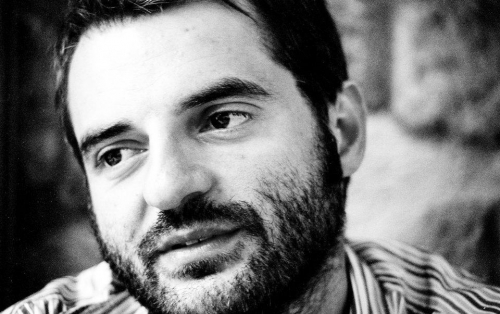 The Consulate of Italy in Detroit and & CSU Maxine Goodman Levin College of Urban Affairs are pleased to host author Alessandro Coppola, for a presentation and insightful conversation on his Apocalypse Town: Cronache dalla fine della civiltà urbana (Tales from the end of an urban civilization) (Ed. Laterza, 2012). This free event will take place on Tuesday, January 15, from 4-6 pm, in the Atrium of the Maxine Goodman Levin College of Urban Affairs and is organized by the Hon. Consulate in Cleveland as part of the initiatives planned for the Year of the Italian Language in the USA. The presentation will be preceded by an introduction by Steven Litt, The Plain Dealer Art and Architecture Critic, and followed by a Q & A, as well as a meet and greet portion with the author.

"As soon as the book was brought to my attention, I knew we had to present it here in Cleveland," says Serena Scaiola, Hon. Consul of Italy. "I am delighted that its relevance and the attention given in it to portions of Ohio by a young scholar working in Italy was also recognized by CSU, as the College of Urban Affairs is the most fitting backdrop for this event," she concludes.

The story of urban lands and populations which are inventing new lifestyles in environments where what has disappeared - perhaps forever - is contemporary metropolitan society as we know it. In the heart of America there are cities on the verge of disappearance: a new landscape which, in the rustbelt that extends from the Midwest and reaches as far as the Northeastern part of the country, has become a common sight. With their abandoned factories and suburban shops, destroyed by fires and the racial revolts of the 1960s and 1970s, these cities were deserted by over half of their inhabitants, who left behind rubble and impoverished populations, locked in a daily struggle for survival in an increasingly hostile environment. This is a journey that stretches from the urban prairies of Youngstown, where the municipal administration has by now been reduced to zealously planning the city's self-destruction, and the food deserts of Detroit and Philadelphia, where shops and supermarkets have disappeared and the inhabitants have organized themselves with ingenious agricultural enterprises, to cities like New York that are focusing on urban agriculture, to build more sustainable cities thanks to their perfect natural metabolism.

"Coppola's insightful research and observations resonate deeply with challenges and opportunities faced by Cleveland, which confronts the same issues of shrinkage, depopulation and poverty as the other cities on which he focused", says Steven Litt. "As residents of Northeast Ohio and the so-called "Rust Belt," we are not accustomed to attention from other parts of the world, but Alessandro Coppola's book demonstrates that an important chapter in the history of cities worldwide is unfolding in our midst. His "Apocalypse Town" offers a passionate, frank and enthusiastic appraisal of efforts to regenerate struggling urban neighborhoods from New York and Philadelphia to Youngstown and Detroit. It's absolutely fascinating to see a scholar from outside the country devote so much attention to the problems of our cities. Usually, it is Americans who are fascinated by Italy; now we see an Italian writer who is fascinated by our cities," Litt adds. Moreover, Coppola brings a particular sense of compassion to writing. As a scholar coming from a centuries old society with a deep commitment to its cities, he describes the lands and population of an America we do not know and conveys a sense of amazement over the abandonment of urban areas in the U.S., along with a deep admiration of those who have stayed put to fight for a new renaissance, the many who "believe that finding themselves at the margins of the major flows of the global economy is no longer a problem to be resolved, but the great opportunity that must not be wasted."

Alessandro Coppola was born in 1978 in Italy and is currently a post-doc fellow at the Department of Planning and Architecture at Politecnico di Milano where he co-teaches Urban Etnoghraphy at the Master in Planning, as well as Cultural change in contemporary Italy at the Institute for the Education of Students-Abroad in Rome. He was previously an International Fellow in Urban Studies at the John Hopkins University in Baltimore. His current researches and writings focus on community development, urban and neighborhood politics and urban shrinkage.

For information: Dr. Serena Scaiola, Hon. Consul of Italy in Cleveland, (216) 861-1585, This email address is being protected from spambots. You need JavaScript enabled to view it., www.consdetroit.esteri.it

Tweet
More in this category: « Internationally acclaimed architect Massimiliano Fuksas to speak in Cleveland Cleveland's other half »