The Legacy of Viva La Panza 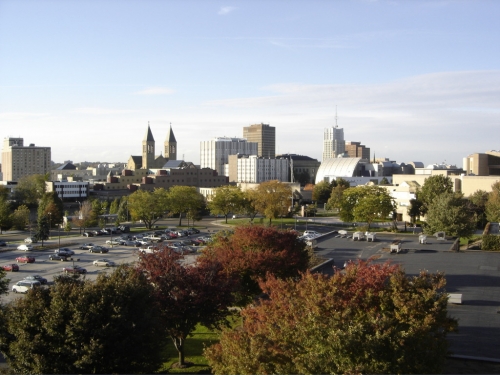 The Legacy of Viva La Panza lives on to benefit Students

As Akron-area Italians celebrate the 74th edition of Viva La Panza, it's incredible to know just how the event has evolved from its simple beginning in the back of a grocery store on Baird St., to this fourth consecutive sold-out event of 650 in attendance at Todaro's Party Center.

In its infancy, Viva La Panza (Long Live the Belly) was used to gain political assistance through "block" voting to help bring Italian families to America and to assist them once they arrived in their new country (fill out forms, attain permits, etc). The Italians thought to invite the politicians to dinner just a week before the election. During the dinner, someone had the idea to measure their belly, since they ate too much, and the tradition was born. Now a new generation is continuing that legacy as Viva La Panza provides scholarships for college-bound Summit county students of Italian descent.

Like most 70+ year-old events, Viva La Panza was in need of a vibrant revitalization. In October 2008, that mandate was set in motion. During the Italian-American Professional & Businessmen's Club 2008 Columbus Day celebration at the Cuyahoga Falls Italian-American Club, Viva La Panza co-chairman Tony Gatto approached fellow IAPBC member John Montisano, inquiring if he would be interested in assuming the chairman's role in 2009. Realizing change was needed, Montisano agreed to take on the task with the help of cousin Ralph Palmisano and good-friend Lou Berroteran.

With that decision, a dynamic era was born, resulting in a change of leadership that has introduced new and bold ideas which has transformed Viva La Panza into the premier fund-raising and networking event of the Italian Community.

The first order of business was to assemble a committee of business people with access to automation, administrative support, and people with the ability to make things happen. The new co-chairmen selected Rocco Caponi, Jack DeLeo, Jim Leone, Joe Maite, Frank Todaro, Ralph Trecaso and Ray Yannucci. Former co-chairmen Tony Gatto and Dominick Maimone were asked to remain to help with the transition. Within a year, the committee identified other areas of need and added Mario Caponi, Dominick Rizzo and Judge Tom Teodosio.

As this new era unfolded, the committee decided a change of format for the event was needed, one that would reflect the "Professional & Businessmen's" portion of the club's name. "The New Viva La Panza" would have a VIP atmosphere while still maintaining family-style traditions.

The first year the goals were set from making House of LaRose the Title Sponsor, to selling 10 VIP Sponsorships, 20 Corporate and 40 Patron Sponsorships. All goals were met and "the new era" has been a tremendous success ever since. The first year produced $20,000 for scholarships, followed by $30,000 in the second year and $40,000 last year. The goal for this year's sold-out event is to give $50,000 for scholarships. In addition, VIP Sponsorship has increased to a maximum of 67 this year with a sold out crowd and a waiting list.

With 100% proceeds benefiting Akron-area college-bound students, this dynamic and successful fundraising event is just another example of the generosity Italian-Americans display towards their community. Viva La Panza!