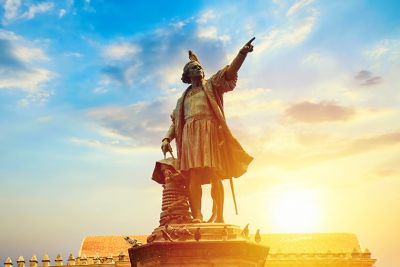 The National Italian American Foundation (NIAF) is now accepting essays for the NIAF NCCA Christopher Columbus Essay Contest. Since 1996, NIAF has worked with the National Christopher Columbus Association (NCCA) to sponsor an annual national essay contest on a topic related to Christopher Columbus for high school students throughout the United States. The first-place winner will receive a $1,200 prize and an all-expenses paid trip to Washington, D.C., to read his or her essay at NCCA’s annual Columbus Day Celebration.

“As an organization devoted to the promotion and preservation of the Italian heritage, we are honored to partner with the NCCA and support a national essay contest aimed to educating the community at large and promoting Christopher Columbus's pivotal role in our country's history while actively engaging with so many young students with from all backgrounds across the nation,” said NIAF Chairman Robert E. Carlucci.

The Essay Contest’s topic this year is the following: Christopher Columbus’s expeditions served as the catalyst for cultural exchange on a global scale. How did Columbus’s voyages shape western civilization during his time? What examples of Columbus’ contributions and the impact that it had on our society can we still see today?

“NIAF is proud to take an active role in promoting a factual depiction of Christopher Columbus’s legacy and the crucial part that Columbus had in facilitating interactions resulting in the United States’ unique mosaic of cultures,” said NIAF’s Scholarships and Grants Committee Chair, Joe Gulino. “In our increasingly diverse society, we must encourage today’s youth to contextualize historical figures’ impacts on our society without erasing their achievements.”

To be considered, submitted essays must have a word count between 800 and 1,200 words and will be judged for historical accuracy, adherence to topic, organization of materials, interest, originality, spelling, grammar, punctuation, and neatness. In addition to the required length, students must include the following elements in their essay: a title page with an original title, name, mailing address, e-mail address, phone number, school, grade, and word count; MLA formatted citations and bibliography; and three print/non-internet sources.

First, second and third-place national winners are selected after judging on a national level. To qualify for first place, the winner must be able to go to Washington, D.C., to read his or her winning essay at the Christopher Columbus Celebration. The first-place winner will receive a $1,200 prize in addition to paid lodging and transportation to Washington, D.C., in October for both the winner and one parent or guardian to attend the NCCA’s annual Columbus Day Celebration and read their essay. The second-place national winner receives $500, and the third-place winner receives $300.

The National Christopher Columbus Association’s (NCCA) mission is to foster an environment for an open and academically sound dialogue on Christopher Columbus and the events and accomplishments that surround his name. Since 1989, NCCA has been responsible for the annual Columbus Day event in Washington, D.C., which began in 1912. The Association is governed by a board of directors elected by its general membership, with officers chosen annually by the board. To learn more, visit www.christophercolumbus.org. 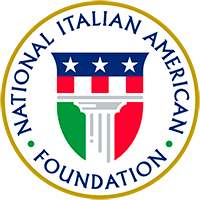