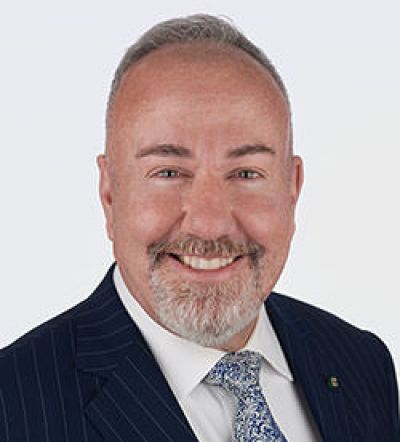 This past May, the National Italian American Foundation (NIAF) announced and welcomed its new president, Robert V. Allegrini.

Mr. Allegrini is a public relations and hospitality executive, author, civic leader and diplomat who brings a wealth of experience in Italian American affairs to his new role at NIAF.

Most recently, he served for more than a decade as vice president of Communications-the Americas for Hilton. In that role, Mr. Allegrini managed the public relations team serving all the Hilton full service and luxury, corporately managed properties throughout the Western Hemisphere. Concurrently, he also oversaw the brand public relations for Conrad Hotels & Resorts and Waldorf Astoria Hotels & Resorts worldwide. In 2016, he was named one of 25 extraordinary minds in hospitality marketing by the Hospitality Sales and Marketing Association International.

“Robert brings a unique combination of business acumen, managerial expertise and passion for our mission to preserve, promote and protect our Italian American heritage to his new position as president,” said NIAF Chairman Robert E. Carlucci. “Moreover, his knowledge of the Italian language and culture will further NIAF’s goal of remaining the preeminent organizational bridge between Italy and the United States of America.”

Mr. Allegrini’s prior positions include assistant vice president in charge of public relations for Hyatt Hotels Corporation and director of corporate communications in charge of public relations for all Swissotel properties worldwide. He has worked extensively in the hospitality industry in Asia, Europe and the East Coast of the United States in addition to his native Chicago.

Mr. Allegrini has long been active in Italian American affairs on a local and national level. From 1987 to 1990, he served as executive director of the Joint Civic Committee of Italian Americans—an umbrella association of more than 70 Illinois-based Italian American associations. Subsequently, he founded the Chicago chapter of the Academia Italiana Della Cucina and served for three years as president of the Italian American Chamber of Commerce of the Midwest. He is the honorary consul for the Republic of San Marino in a five-state jurisdiction and was named the co-chairman of the Milan-Chicago Sister Cities in February 2021.

Before the NIAF Board of Directors named Mr. Allegrini to be the Foundation’s president, he served as a Board Member since 2007 and served as Executive Vice President from 2017 to 2021.

Mr. Allegrini’s services to the Italian American community have been recognized by the Republic of Italy which conferred upon him the title of Commendatore (Knight Commander) in the Order of Merit on the personal initiative of former Italian President Carlo Azeglio Ciampi in 2002.

The National Italian American Foundation (NIAF) is a non-profit, non-partisan organization dedicated to preserving, promoting, and protecting the Italian American heritage and culture. To learn more about the Foundation and become a member, please visit www.niaf.org.