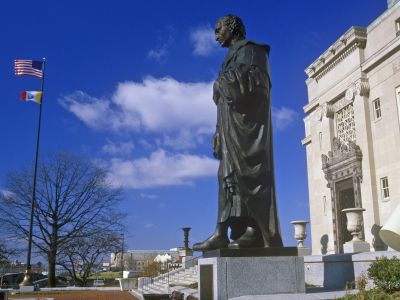 As cities and organizations around the nation continue to protest and destroy historical monuments, memorials, and statues that depict Confederate leaders, one controversial historical figure has found his way back into the spotlight: Christopher Columbus. Adored as the most famous Italian to grace America’s lands, Columbus has been the symbol of Italian American culture for, well, forever.

Many organizations have long fought to remove any and all symbols of indigenous ancestry they find offensive (many sports teams are currently facing this fate) and Christopher Columbus and the celebration of Columbus Day have always been on their lists. But, for the most part, the well-known explorer has always avoided eradication. However, in today’s climate of fostering racial justice, heated debates on Columbus’ place in American history have morphed into destruction and vandalization of Columbus monuments and statues all over the country. In Richmond, VA, a Columbus statue was torn down by protestors, set on fire and then submerged in a lake. A statue in Boston was decapitated. New York City opponents of Columbus are reigniting their efforts to remove the 14-foot marble statue that stands tall in Central Park. Ohio’s capital city removed its statue of the Italian explorer last month and activists are pushing for the city to change its name.

Columbus Day has been a federal holiday since the 1930s but, as of today, less than half of U.S. states observe Columbus Day. In the cities that do honor Christopher Columbus each October, the holiday has evolved into a celebration of the Italian American culture. Parades, festivals, bocce tournaments, and more fill the calendars of many Italian Americans on this important day in October.

La Gazzetta Italiana is doing our part to uphold the true meaning of Christopher Columbus to the Italian American community. We have dedicated a section of this month’s issue of La Gazzetta to Columbus and will continue to do so through our October issue, as we celebrate Italian American Heritage month.