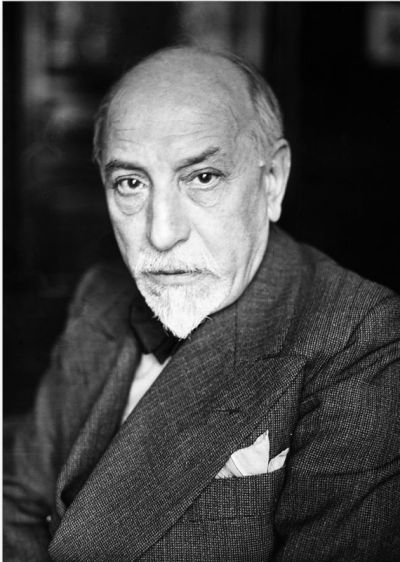 Italian playwright, novelist, poet, and short story writer Luigi Pirandello was born to an upper-class family in the Sulphur mining producing town of ancient Girgenti (Agrigento) on the southern coast of Sicily. The most famous landmark of this one-time Greek colony is the archaeological Valle dei  templi (Valley of the Temples). These Doric temples dating from the fifth century B.C. were destroyed, in part, by Carthaginians, Christians and earthquakes. They remain the most impressive complexes of Greek buildings outside Greece.

Pirandello spent the first 19 years of his life in Sicily and then went to Rome to study at the university. Home-schooled in the beginning, Pirandello, by the age of 12, wrote his first tragedy. When the family moved to Palermo, Pirandello completed high school and began writing his first poems. He worked with his father in the Sulphur mines and this experience triggered the basis of his stories “Il Fumo” and the novel “The Old and the Young.”

Pirandello moved to Bonn, Germany where he worked and studied for two years. He then received an offer to teach Italian in Rome and publish magazines and one-act plays.

Pirandello’s work was impressive considering the sheer volume and his talent to turn his conflict of reality and illusion analysis into good theater. His achievements included 56 plays, 12 in Sicilian and 44 in Italian, 246 short stories and a series of poems. As a playwright, he is most famous for “Six Characters in Search of An Author” (Sei personaggi in cerca d’autore, 1921), “Henry IV” (Enrico IV, 1922) and “Vestire gli ignudi” (Clothing of the Naked). Many of his novellas are considered classics of Italian literature. “Il turno” (The Turn), “Vecchi e I giovani” (The Old and the Young) and “Suo Marito” (Her Husband).

Pirandello was nominated Academic of Italy in 1929 and was awarded the Nobel Prize in 1934.

Tweet
More in this category: « "The Leopard", A Classic Work of Italian Historical Fiction Italian Literature »