The Italian Obsession with Food: A New Exhibition at Venezia Mestre 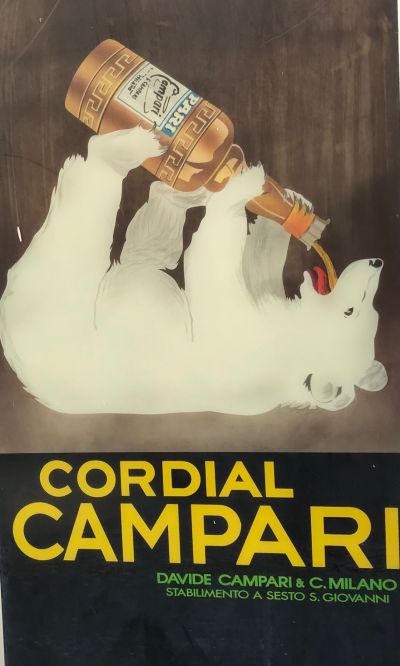 "It will be spaghetti, I swear, which will unite Italy." - Garibaldi

For the first time in almost three years, Venice will be back to its usual saturation point with tourists this summer, assisted by the latest Biennale spectacular.

But, if you are considering going there for the exhibitions, good and bad, politically correct, or simply (one can always hope) aesthetically pleasing, why not also try the other Venice, Venezia Mestre? This is where all the workers live, at the other end of the Causeway, because they cannot afford to live in Venice itself. In Mestre you will find hotels at half the price and regular trains to take you to La Serenissima in less than 10 minutes.

More importantly, in this year of the Biennale, you will also find an exhibition at the brand-new multi-media Museo del Novecento M9 which tells the story of the obsession Italians have with their food.

“Gusto! Gli Italiani a Tavola 1970-2050” (“Taste! Italians at Table 1970-2050”) takes a close look at the link between Italians and everything concerning their food. The exhibition starts with the publication of the first Italian book about food and cooking by Bartolommeo Scappi, the most important chef of the Renaissance, in 1570. We are offered through this and other books from the past a background to the show, before following a tour through themed taste rooms devoted to “Raconto del Gusto,” (the story of taste), “Gusto Della Casa,” (a taste of home), “Gusto del Viaggio” (taste of travel), and to finish, there are two rooms which ask us to consider the future with “Gusto di oggi e di domani” (taste of today and tomorrow).

The list of ingredients on display shows over 1,800 products and explains the quality guarantees, for instance the DOCG, denominazione di origini controllata e garantita which demonstrates the quality and origin of a wine on its label, or the IGP, indicazione geografica protetta, which guarantees that the food is authentic and comes from a certain protected region.

There is also a section devoted to Italian-designed kitchen equipment, from those iconic Bialetti coffee pots to Alessi designs for lemon squeezers, colanders, cruets, etc. Linked with these objects, the “Story of Taste” collection explores attitudes to food through advertisements, posters and packaging as well as books and magazines dedicated to food through the decades. Italian products often have very distinctive packaging which has not changed much since the time they were first conceived. There are charming packets and boxes from the beginning of the 20th century which are instantly recognizable, such as the labels on bottles of San Pellegrino mineral water which show the original 19th century thermal establishment in its park, long since abandoned as a spa center, and which has now become a warehouse for auctions of antiques.

Also familiar to anyone on holiday in the Veneto is the brightly colored packaging of the local pasta known as Bigoli, a kind of thick spaghetti. This red and yellow label has not changed in more than half a century.

Regular visitors to Italy will recognize the piatti del buon ricordo, souvenir plates and dishes which bear the names of ristoranti and trattorie so often found in Italian homes.

The “Taste for Travel” section shows the way Italian brands are exported around the world, from pasta to panettone, and from Aperol to Campari, including the famous poster designs for the 1930s.

Whoever could have imagined advertising Campari by using a polar bear drinking it while lying drunkenly on his back?

Looking to the future, we are invited to consider the important links between health and nutrition as well as the impact on the planet of producing an ever-increasing amount of food. The scientific advisor to the exhibition, Luca Molinari, explains that we need to investigate food as a vital resource in the context of future challenges. There is a section on food technology of the future, such as the way astronauts feed themselves in space, or aeroponic and hydroponic cultivation (growing plants without soil), and even investigating the production of food on other planets.

This wonderfully uplifting show is reassuring in the face of mass production and fast food. The Italian love affair with its cuisine (not forgetting the fact that they began the Slow Food Movement) is clearly destined to continue to develop.

View the embedded image gallery online at:
https://www.lagazzettaitaliana.com/history-culture/10043-the-italian-obsession-with-food-a-new-exhibition-at-venezia-mestre#sigProId98fc8e8182
Tweet
More in this category: « Growing Up with Clelia: Parlacce o Parolacce The Spas of the Euganean Hills: The Best Mud in Italy »