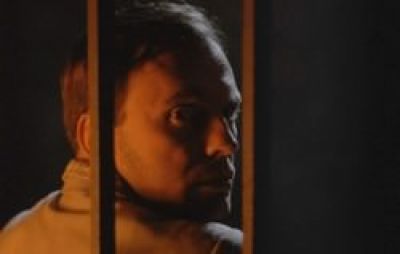 The year 2020 marks the 50th anniversary of a landmark Italian film, Bernardo Bertolucci’s “Il Conformista” (The Conformist) (1970). It is appropriate in the light of recent political events in America to celebrate the importance of this film, its themes and its continuing relevance for our time.

“Il Conformista” is a study of the clash between political and social belief systems. It explores how early repressed formative experiences in one’s life can shape a personality and lead ultimately to critical trauma in adulthood. The overriding desire on the part of Bertolucci’s protagonist, Marcello Clerici (Jean-Louis Trintignant), is to fit in, to have a normal life. In 1930s Rome, that normal way of life is embodied within the tenets of Mussolini’s fascism. And so, we follow Clerici’s series of expedient, convenient and amoral decisions regarding politics, love, religion, violence, and sex. Even after the fall of Mussolini, Clerici is unable to escape his past and remains a prisoner of the vengeful conformity of fascism.

Bertolucci was born in Parma in 1941 at the beginning of the neo-realist tradition of Italian filmmaking. “Il Conformista” draws upon the rich cinematic history in Italy prior to 1970 including the neo-realist tradition after WWII, the visual richness of Luchino Visconti, the architectural mise-en-scène of Michelangelo Antonioni, and touches of Federico Fellini’s flair for the comic. These Italian sources combine with Bertolucci’s growing interest at the time in the cinema of the French New Wave with a special reverence for the films of Jean-Luc Goddard.

Bertolucci’s apprenticeship in Italy included working with Pier Paolo Pasolini on the set of that director’s first feature film, “Accattone” (1961). “Il Conformista” is considered Bertolucci’s first fully-formed, mature film as a director. The film is based on the novel of the same name by Alberto Moravia published in 1951.

The clarity of Moravia’s linear narrative, however, is altered by Bertolucci through the use of flashbacks. The non-linear movement of the film, therefore, requires a viewer’s disciplined attention as the story unfolds.

What makes “Il Conformista” even more significant in the eyes of many critics and historians is the visual look of the film. Working for the first time with cinematographer Vittorio Storaro and production designer Ferdinando Scarfiotti, the three artists bring an acute sense of 1930s style to every frame of the film: from the locations, sets and décor; to the costumes, hairstyles and makeup. Storaro’s masterful use of light and shadow, his saturated palettes of golden yellows, steely grays and deep blues, can produce a lustrous glow or a threatening aura. While the surreal and oppressive nature of Mussolini’s fascist architecture echoes the altered states of the characters’ inner psyches.

A few of the more memorable visual effects that remain with one long after the film has ended include scenes in which the horizontal openings of Venetian blinds cast striped patterns of light and shadow throughout an entire room and across the people in it, low angle shots of leaves tumbling across a forest floor and the shock obtained when a beautifully lit scene of sunlight breaking through the trees suddenly becomes the stage for an act of brutal violence.

This striking visual beauty of the film played against the sinister, ironic and loathsome actions of Clerici, perfectly captures Hannah Arendt’s reference to the “banality of evil.” Marcello Clerici, in his desire to be normal, to fit in, to be like everyone else – in the end remains trapped within the confines of his own mind and embodies yet another Arendt dictum “…in politics obedience and support are the same.”