From the Italian American Press - "Royanna: An Extraterrestrial Affair" 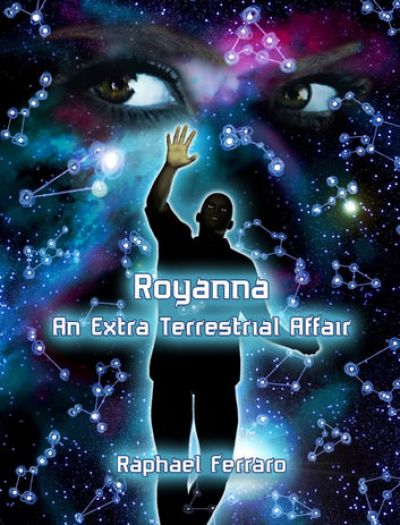 Is there life on another planet? Have alien civilizations been to earth? What explains the mysterious statues and markings found throughout the world? Blending actual cases of extraterrestrial events, various religious philosophies, mythology, and the role of women in power, author Raphael Ferraro explores our world and beyond in “Royanna: An Extraterrestrial Affair.”

“I’m skeptical. Too much nonsense has been written about them. But I assure you, I’m open-minded to the possibility of their existence. I’m even helping a friend decipher what may be an authentic manuscript written by an alien,” Dr. Stephen Drago replied when Royanna Anton, of the East Longmeadow Astronomy Society, asked “Do you believe in extraterrestrials?”

Dr. Drago – an English Professor who also teaches science-fiction classes at the community college in Springfield, Massachusetts – is presenting the lecture “Encounters with Extraterrestrials: Fact or Fiction?” On stage speaking about “attractive female humanoids” and “a technique abduction specialists call camouflaging,” Dr. Drago is suddenly “on a sandy shore of a large lake” and watched as “a scaly reptilian with shiny green eyes emerged from a section of bubbling water and swam toward him.” Meeting Royanna for the first time, Stephen, although married, is attracted to her.

The success of the trip brings Stephen and Father Joseph closer; they now share the cryptic message reveled by the spectacles. Stephen also finds his relationship with Royanna growing stronger. On a visit to her home to view “a wide array of books and art on early South-American cultures,” Stephen experiences another transition: this time he is drawn into a painting, climbs “the wide marble steps leading to a colonnaded temple” and enters an inner chamber completely covered in gold.

After Stephen’s visit with Royanna “his dream life became more lucid than waking reality. Unearthly images dominated his nights: golden spears of light from distant galaxies struck the Earth, reptilian aliens lived in the earth’s forests, rivers and mountains, circling egg-shaped mother spaceships monitored human evolution.” Closer ties to an alien world emerge with “dreams of a secret chamber beneath the paws of the Sphinx containing records of a lost civilization, the storage of alien data discs in an obscure monastery high in the mountains of Tibet, the existence of vast tunnel systems in the earth for the storage of pre-diluvium writings and artifacts as well as a haven for the human race from catastrophes which might befall the planet.”

In a frightening dream, Stephen watches a “brilliant object soar across the heavens” becoming “a radiant disc as it descended.” He approaches the disk and reaches out, running “his fingers across a section of the spaceship” and is rendered unconscious. “Shortly, Stephen opened his eyes only to find himself lying on an anvil-shaped table in a spacious room with high white walls and a circular skylight.”

Stephen assures “himself that it was only a lucid dream influenced by his wide reading of graphic accounts of alien encounters and abductions,” but he confides in Father Joseph who tells him, “Stimulating specific areas of the brain can trigger paranormal events. Such occurrences are common among mystics and saints. The mind is not limited to the dimensions of time and space known to science.”

As more clues emerge, Father Joseph proclaims, “In my notes, I refer to Indian sages describing the Great Mother as the Red Goddess, who was also known as the Universal Mother and lived in a world called the Isle of Jewels. Is it possible that somehow you’ve journeyed to the realm of the Great Mother?” Both men discover the ancient manuscript Father Joseph deciphered and Stephen’s dreams are connected to Royanna. A visit to her home reveals her true identity.

“Royanna: An Extraterrestrial Affair” is only available as an ebook. Learning more about the people, places and events in the book are just a click away. Ferraro’s science-fiction novella is packed with hidden meanings pointing to ancient civilizations and the extraterrestrials who “have monitored the behavior of our species since the beginning of time and what they have planned for our future.”