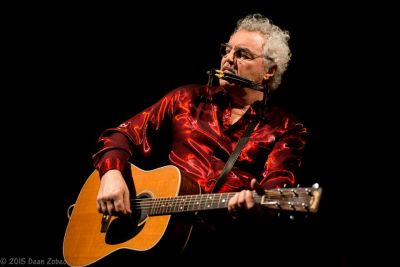 It has been said that “minds are like parachutes, that is, they only work when they are open.” Closing one’s eyes to the events that occur all around us does not render them non-existent or lessen their impact upon society. The music industry has seen its share of conscientious and concerned performers that have tried to address the plights that plague modern society with the hope that their message is meaningful and inspirational.

Italian singer/songwriter and guitarist Massimo Bubola is one such individual who is a tireless advocate of the oppressed and disadvantaged. He was born on March 15, 1954 in the commune of Terrazzo, located in the province of Verona found in the northern region of Veneto. Massimo was raised in a modest patriarchal environment that recognized the importance of a proper education as his father was a professor of literature but also saw the value of music as a healthy outlet for relieving the stress of previous generations that had suffered through the horrors of the two world wars. Massimo began composing his first songs as a young teen and submitted them to record labels in hopes of obtaining a recording contract.

His diligence would pay off as he attracted the attention of Antonio Casetta, founder of the “Produttori Associati” music label and signed a professional contract as a composer and musician. In 1976, Massimo cultivated a prolific relationship with noted Venetian recording artist and Sanremo veteran, Pino Donaggio. This association inspired him to record his debut album “Nastro giallo” (1976) which featured contributions from noted Italian studio musicians such as Tullio De Piscopo, Claudio Bazzari and Gian Piero Reverberi. The title track would earn positive feedback from both the public and pundits alike including the admiration of legendary Italian recording artist Fabrizio De André. The two would establish a mutually beneficial partnership that began with Massimo co-authoring all the songs on De André’s 1978 masterpiece, “Rimini”. This collaborative experience motivated him to return to the studio and the result was his second album “Marabel” (1979). This release was produced by noted Italian recording artist Antonello Venditti on the Philips music label and displayed a thoughtful pairing of his poetry incorporating electric and acoustic sonorities. Massimo would put the finishing touches on his third album “Tre rose” (1981), which was produced by De André on his newly-launched personal label “Fado Records”. Solid musical contributions from renowned studio musicians such as Mauro Pagani, Lele Melotti, Pier Michelatti, and Claudio Pascoli contributed to the quality of the recording. The music styles were varied on the release as Massimo courageously expanded his repertoire by successfully experimenting with international rhythms and the results were pleasing to his growing fan base and music critics.

Seeking greater artistic control over his music, Massimo self-produced his fourth album “Massimo Bubola” (1982) and for the first time included covers of two American songs “Vagabond Moon” and “Love me like you did before” complete with his own Italian lyrics. The release would, however, be the last on De André’s Fado Records. The intense commitments required in recording and touring forced Massimo to seek an extended break from the music scene and he did so by gravitating towards journalism and literary pursuits.
He finally resumed his music career after a lengthy seven-year hiatus; refreshed and more determined than ever and recorded his fifth full-length album “Vita, morte e miracoli” (1989). Massimo relinquished the production duties to Claudio Dentes and focused solely on the songwriting aspects for this release. He signed on with the prestigious Milanese “Dischi Ricordi” music label. This would be his last album recorded on vinyl as popularity of the compact disk increased. Much sought-after studio musicians such as Lucio Fabbri, Flavio Premoli and Max Costa all had a hand in the final product.

The time off had not dulled Massimo’s abilities, but sales suffered as a result of his time away. Disillusioned by the lack of interest, he again stepped away from the rigors of recording and touring to focus his energies on collaborating with many of his contemporaries. The response was overwhelmingly positive as his compositions written for Fiorella Mannoia, Massimo Priviero, Mauro Pagani, Grazia Di Michele, Fabrizio, and Cristiano De André were all commercially successful and earned critical acclaim. Massimo benefited from renewed purpose and re-focused himself to again return to the studio. His sixth album “Doppio lungo addio” (1994) became a landmark recording for him as songs such as “Cielo d’Irlanda”, “Un sogno di più” and the title track were infectious melodic numbers that received extended radio air-time as noted producer Piero Fabrizi provided a much-needed mainstream approach to the overall sound of the release which was produced on the Mercury records label.

Massimo’s final three albums of the century (his seventh, eighth and ninth), “Amore e guerra” (1996), “Mon tresor” (1997) and “Diavoli e farfalle” (1999) were all recorded on the CGD East West music label and featured extremely successful collaborative efforts with those same colleagues who had benefited from his amazing songwriting talents. Danilo Sacco, Cico Falzone, Andrea Pozzoli, Carlo Facchini, Mauro Pagani, and Giorgio Cordini were among the contributing guest artists. Massimo’s professional career had reached new heights and the new millennium was particularly satisfying and fruitful as he continued releasing new recordings and launched his own record label called “Eccher Music.” “Segreti trasparenti” (2004), “Quel lungo treno” (2006) and “Ballate di terra & d’acqua” (2008) were among his most popular and polished recordings. Among his most recent albums were “Chupadero!” (2009) and “In alto i cuori” (2013) with the former being a special project recorded under the band name of the “arnetti Bros Band and was recorded in New Mexico; while the latter, his last recording of new material, featured some of the most poignant and introspective pieces he has ever written.