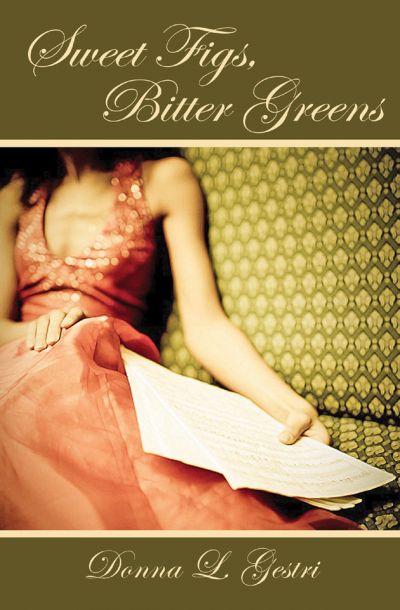 Open the cover of “Sweet Figs, Bitter Greens” and enter the world of the Salvatoris during the end of the 1930s in Brooklyn where Maestro Rinaldo Salvatori leads both his family and the small opera house he founded with a stern hand but a soft heart.

To introduce readers to the family, author Donna L. Gestri provides a list of its members, wife Guiliana and the four children: Dante (Dan), Felice (Phil), Lucilla (Lucy), and Augustino (Tino). Next, a brief prologue, 80 years into the future, introduces Lucy with some fond memories of her past. The story continues following Lucy’s life beginning at six-years-old and interwoven with the lives of her family, friends, neighbors, teachers, and the cast and crew of the opera house.

Rinaldo Salvatori was born on Ventotene, a tiny island in the Gulf of Gaeta (Tyrrhenian Sea) about 20 miles west of Ischia. Growing up “he would play among the caves and tufa arches or sit by the harbor and conjure stories about the crags in the cliffs, which took on the shapes of fantastical characters.” At nine, he was under the tutelage of a “well-established and well-loved baritone on the opera stage” who was captured by “the purity of Rinaldo’s voice.” After years of training and study, Rinaldo decides not to sing on stage but to go to America to open his “own opera house.”

After many more years, Rinaldo does open an opera house where “the box seats, mezzanine, and balcony were elaborately carved and gilded,” and “an amazing crystal Chandelier … hung from the ceiling,” but “the seats for the opera were within the workingman’s entertainment budget.” Maestro’s opera house was a success, “the costumes were stunning, the music was magnificent, and the voices moved many to tears.”

The Maestro, though, has two secrets. His family secret involves the operas he selects for production, Lucy’s choice of a friend and even his loving relationship with Guiliana. The other secret he shares with Guiliana. As the years pass, Lucy finishes school, attends Julliard, develops her musical career, suffers a great loss, and travels to Italy where she learns of her father’s family secret.

Filled with descriptive passages, “Sweet Figs, Bitter Greens” draws the reader into its story. At the Catskill Mountains, Rinaldo and Guiliana “sat on a huge bolder, with the Hudson River below them and a sky slashed in pink and purples punctuating the sunset.” On the Lower East Side, “the pushcart vendors cried their wares: singsong, operatic, shouts, and hollers.” As Lucy hangs clothes, she thinks about “the coldest winter days, [when] her mother would retrieve the frozen clothes and call them baccala, meaning they were as stiff as the salted codfish.” On Lucy’s 10th birthday, “entering the kitchen, she caught Tino with his fingers in the bowl of pink frosting.”

An interesting and coincidentally timely addition is the reference to the U.S. entering the Korean War and its affect on the Salvatori family. A particularly endearing tradition is the Maestro’s fondness for purple socks. Italian life is also depicted through the food of Italian cooks – osso buco, panna cotta, Sicilian olives, homemade cheese tortellini in “golden chicken broth,” frittata, “sandwiches of peppers, potatoes, and eggs,” seafood risotto, and much more – blended into the story. Cucciddati, fig cookies, are attached to a poignant event and Castagnaccio, a dense cake made with chestnut flour, raisins and pignoli, is not only passed among family and friends, but also explained and critiqued.

While this is a novel, the authenticity of American life from the 1930s to the 1950s adds realism to the story. In the Acknowledgements, Donna shows her penchant for providing a believable background to the story of the Salvatoris: she thanks her daughter for “invaluable information about vocal training and singing arias,” her mother for “information regarding daily life in the 1930s and ‘40s” amongst several others who contributed their knowledge.

“Sweet Figs, Bitter Greens” is a perfect summer read. It’s a hefty book at almost 700 pages, but it’s also a quick read with a larger font and a little extra space between the lines. It’s a great escape, a story that takes the reader to another time to experience life in an Italian family; the traditions and the immigrant’s story merging with the occurrences of American events and forming the foundation of Italian Americans.