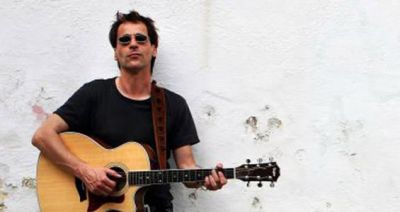 WSpending time pondering what we might have done differently, in most instances, is looked upon as an “exercise in futility.” Regardless of where we are in our career, it is said that “we are the sum of our experiences,” and like a flowing river, these adventures continue to influence and shape our character and eventual destinies. Veteran Italian singer/songwriter and guitarist Massimo Priviero has lived a remarkable life and makes no apologies for his choices made along the way. In fact, he sees fit to share his personal history through his songs and music. He was born on Feb. 17, 1960 in the Venetian seaside comune of Jesolo, located in the northern region of Veneto.

His solitary childhood was spent avoiding the congestion of vacationing tourists during the hot and humid summers, while instead relishing the calm and solitude of the cold and foggy winters. Massimo was an escapist who found solace through music and historical literature. He achieved the former by establishing the region’s first rock-blues band and pursued the latter by enrolling at the University in Venice studying contemporary history.

The following non-descript years were spent working odd-jobs, composing songs and playing in dives and subway stations for anybody who would listen as he performed covers of Neil Young, Bob Dylan, Jackson Browne, and Bruce Springsteen. Massimo’s perseverance and talent eventually overcame his early disappointments as he was rewarded with a recording contract from Warner Music Italia in 1987 and by the end of the next year his debut album “San Valentino” (1998) would be released. The immediate critical and popular response was both positive and encouraging as the title track received significant airtime and the video single earned him valuable exposure. Warner sought to capitalize on his growing popularity by comparing him to American recording artist Bruce Springsteen. Interestingly, Massimo’s second album “Nessuna resa mai” (1990), would feature the talents of “Little Steven” Van Zandt; guitarist and producer for Springsteen, as he would co-produce the recording and also write two songs, including the hit “Angel” which was also released as a video single and featured the two performing together.

Despite the great success of his first two recordings, Massimo desired greater control over the creative input and final production process. This, coupled with the unexpected death of his father, factored into his decision to make a drastic change which manifested itself in him severing his ties with Warner and signing on with the smaller Dischi Ricordi label. His third album “Rock in Italia” (1992) was a direct reflection of his long-time desire to blend together his insightful poetry with his song-writing prowess. Collaborating with him on this recording was noted Italian folk music artist Massimo Bubola; who provided vital direction and assistance. Massimo was indifferent towards the diminished resources no longer available at his disposal; he instead wished to attain a more broad-based international appeal which he achieved when the recording was also released in Japan. The title track, along with “Solo come te” and “Rose di Romania” were considered the album’s highlights.

During this time, he also became a father and finally completed his collegiate studies as he published his thesis on political philosophy. Massimo changed his publishing company once again, signing with the fledgling “Dig-It International” label and soon thereafter released his fourth album, “Non mollare” (1994). The recording had a more electric guitar sound as evidenced by songs such as “Addio Italia,” “Gente senza legge” and “Giustizia e libertà.” The album, however, signaled a low point in his career as self-doubt would periodically surface, giving others the impression that he was distracted and disinterested in his craft. He even dissolved his professional association with Elio Fabro, his long-time bandmate and lead guitarist.

Sensing that things were amiss, Massimo stepped away from the music scene for an extended time to re-evaluate his priorities. Only then, would he return to the studio, refreshed and inspired. The result was his fifth album “Priviero” (1998), a release that displayed his strong song-writing abilities, which had previously taken a back seat for the sake of expediency and production. The project was overseen by legendary composer/producer/poly-instrumentalist Lucio Fabbri. The results were personally gratifying and more to the liking of his loyal fan base. The critics also praised the recording singling out the songs “Grande mare,” “Ti chiamo domani” and “Nordest” as some of the best tracks off the album. Massimo began the new millennium by releasing his first “Raccolta” (Greatest Hits) album entitled “Poetika” (2000). This 14-track compilation contained eight re-mixed classics and six new songs. The tour that followed was one of his most satisfying as he performed in a simple trio line-up which drew increased attention to the music rather than the musicians. His momentum continued with his next two albums “Testimone” (2003) and “Dolce resistenza” (2006) which both displayed not only diversified sonorities including rock, blues, folk, and power ballad compositions but also songs containing profound lyricism as he tackled themes of social injustice, poverty, racism, war, and abuse. Also included was an inspired cover of Luigi Tenco’s “Ciao amore ciao,” which paid homage to the late musical icon who tragically died young. “Rock and Poems” (2007) was an all-English album which was a personal tribute to Bob Dylan, Tom Waits, John Fogerty, and Paul Simon. The recording was well received by the critics and public alike. Drawing upon this unexpected success, Massimo released his second and third all-English recordings, namely, “Folkrock” (2012), which was an acoustic tribute to many popular 20th-century songs and “Rock and Poems – Volume 2” (2016), which contained a collection of personal and inspirational favorites. His last two Italian recordings “Ali di libertà” (2013) and “All’Italia” (2017) featured all-new original songs that continued his penchant for combining expressive poetry with inspired musical arrangements to create memorable and thought-provoking compositions.

Tweet
More in this category: « From the Italian American Press - Out of Rushmore’s Shadow Heavenly Bodies: Fashion and the Catholic Imagination »