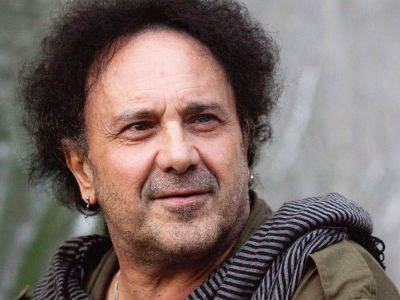 The challenge of continually re-inventing oneself for the sake of avoiding stagnation is a task best left to those who have not only a thick skin, impervious to contempt and failure, but also an appetite for novel and unique approaches to their craft. The occupation where this is most readily apparent is in the realm of entertainment, as it is often more prudent to remain status-quo rather than seek out a risky endeavor where the returns are neither guaranteed nor fruitful. Neapolitan singer/songwriter and poly-instrumentalist Vincenzo Avitabile is a prime example of a visionary and trail-blazing musical artist who offers no excuses nor apologizes for his incursions into unconventional areas of his profession.

Enzo (the name he would soon be known by) was born in the distressed comune of Marianella, located on the northern periphery of the province of Naples in the southern region of Campania on March 1, 1955. He began his musical odyssey by experimenting with the saxophone as a child and by age seven was already performing publically in Neapolitan venues, usually entertaining large contingents of American servicemen and nationals. Seeking to broaden his repertoire and sharpen his technical skills, Enzo enrolled in the “Conservatorio di San Pietro a Majella,” in the historic central district of Naples and formally studied the flute. He immediately came into contact with other aspiring artists who shared a similar desire to pursue inter-continental musical sonorities. This collaborative approach introduced Enzo to a vast array of styles that eventually manifested themselves into the burgeoning world-music genre.

Invaluable associations with noted artists such as James Brown, Tina Turner, Richie Havens, David Crosby, Randy Crawford, Jose Feliciano, Pino Daniele, and Edoardo Bennato, just to name a few, spoke volumes to his versatility and capability as a highly-desired studio musician and touring accompanist. Enzo, however, desired to establish his own legacy and did so by signing a recording contract with the prestigious EMI Italiana music label in 1982. His debut album “Avitabile” (1982) displayed jazz/funk/soul characteristics that evolved into the popular “Afrobeat” category. The recording included “Dolce Sweet M,” a sentimental tribute to his recently deceased friend and musical colleague, Mario Musella, founder of the popular Italian beat group, “The Showmen.” Enzo’s second album “Meglio Soul” (1983), maintained these musical characteristics and included the songs “Gospel mio,” which featured the vocal talents of noted American soul and R&B vocalist Richie Havens, and “Charlie,” a tribute to legendary American jazz saxophonist Charlie Parker. His third album, “Correre in fretta” (1984) was dedicated to his newborn daughter, Connie, and like the previous recording, featured a few songs performed in English and contributions from established Italian studio musicians and backup vocalists.

Successful tours followed each release and included an increasing number of stops at larger and more prestigious venues. During this time, Enzo gained valuable stage experience and was emboldened by overwhelming positive audience feedback. This recognition of his musical acumen inspired him to return to the studio and experiment with different styles. The “Neo-Soul” genre which was gaining momentum appealed to Enzo and greatly influenced the overall feel of his fourth album “S.O.S. Brothers” (1986), which was produced by renowned Italian music producer Willy David. The recording was decidedly more dance-oriented and the single “Black out” was recognized as “Il Migliore Brano Dance dell’Anno” (The Best Dance Song of the Year) at the 1986 Ibiza Music Festival in Spain. Enzo’s experiences outside of the Italian peninsula exposed him to radically different sonorities that were displayed on his next two albums, “Alta tensione” (1988) and “Stelle dissidente” (1990). Both featured an overall high-energy disco sound and were again produced by David. Seeking a different and innovative approach, Enzo enlisted the services of prominent Italian music producer Corrado Rustici on his seventh album, “Enzo Avitabile” (1991). After embarking on a tour in support of the recording, Enzo would take a brief break from the music scene, eventually returning to the studio to put the finishing touches on his eighth and last recording with EMI Italiana entitled “Easy” (1994). This experimental release featured a cover of Toto’s “A livella” and the duet “Leave me or love me” performed with American female jazz vocalist Veronica “Randy” Crawford. Although Enzo’s credentials were impressive, he only occasionally recorded songs in his native Neapolitan tongue. He made the conscious decision to focus his future musical projects around his Parthenopean language and culture.

Beginning with the release of his 9th and 10th studio albums “Addò” (1996) and “O-issa” (1999), Enzo discovered a missing piece of his artistic mosaic that allowed him to express himself as never before. The albums were both produced on the Rome-based “Compagnia Nuove Indye” music label and featured a “reggae-like” and “folk-influenced” world beat that complemented his textual compositions. He actively sought collaborations with both local and international progressive artists and found willing participants in Rome-based folk-rock group “Nidi d’Arac” and Guinean ethno-world musician and singer “Mory Kanté.” Enzo began the start of the new millennium by researching the music and culture of “The Bottari,” who are olive barrel percussionists located in southern Italy, specifically in the village of Portico di Caserta. Their origins dated back to medieval times when their ritual of barrel beating was used to ward off evil spirits. Enzo found a way to incorporate their pulsating rhythms into his jazz-inspired, Mediterranean blues. The albums “Salvamm ‘o munno” (2004) and “Festa, farina e forca” (2007) were the result of his diligence and were landmark recordings that garnered international acclaim and commercial appeal.

His most recent recordings “Napoletana” (2009), “Black Tarantella” (2012) and “Lotto infinito” (2016) signaled his ascension into the “upper levels” of the recording industry as established artists such as Renato Zero, Giorgia, Alessandro Mannarino, Francesco De Gregori, Francesco Guccini, Franco Battiato, Raiz, and Mauro Pagani were among the dozens to collaborate on these recordings. For more information you can visit his webpage at www.enzoavitabile.it.